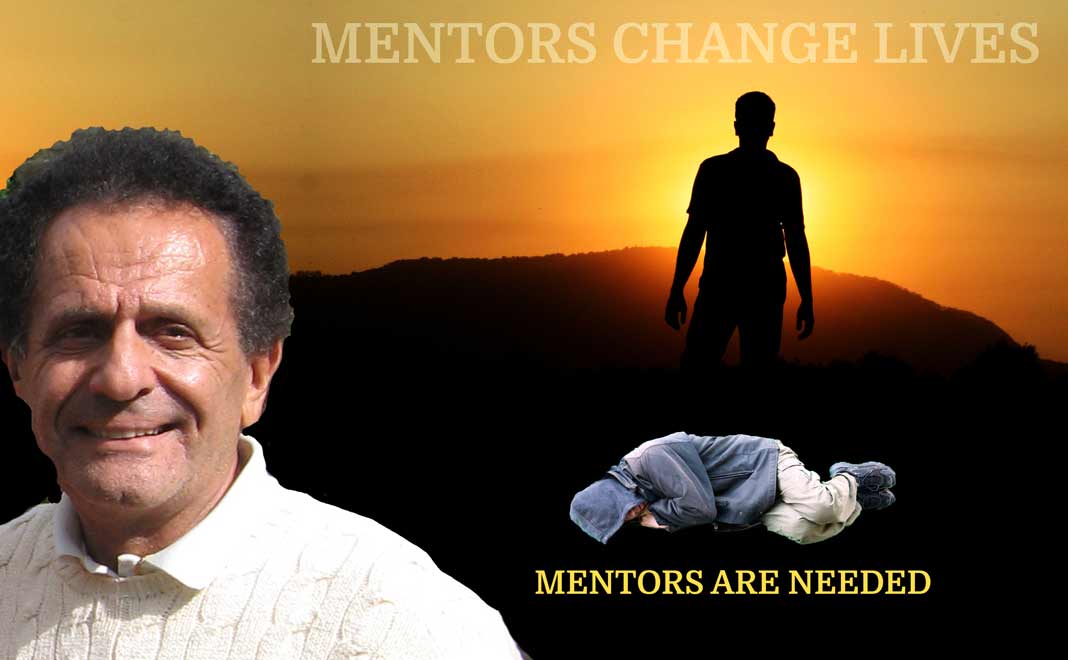 Have you noticed that despite our amazing parks and climate that the visibility of homeless people in Boca Raton is less than our neighboring cities? Boca does have homeless people – if you pay attention you’ll notice. Some of us who’ve grown up walking around in cities have trained ourselves to keep our eyes forward, mind our own business, and honestly just “tune it out”, worrying about our own problems. They’re there, even if you don’t see them – but some people do. Some folks can’t walk by, can’t ignore people in need, aren’t shy about looking someone in the eye who can use help.

Why does it seem different here?
Is it because of the people who help?

Boca Raton has been the home to many enigmatic characters, but today there’s one that grabs headlines, getting both positive and negative attention frequently. If you’ve done business in Boca or volunteered anywhere for any length of time it’s inevitable that you’ll run into Mr. James Batmasian from Investments Limited. He’s been in numerous BocaWatch stories where residents were up in arms about his political choices. He’s been cast as a “developer” when the majority of his time is focused on managing properties. Much of what locals recognize as the only commercial sites being cherished and preserved properly, recognizable as Old Boca, are actually due to his team’s efforts. He is the landlord for the Downtown Post Office, sending our best to DC to help keep it. He gets involved in almost everything – but there’s one thing he’s obsessed with.

Some people love animals. They rescue them, they foster them, they heal them so they can run and fly on their own. Some people are just animal people – it’s in their blood. Just like some people can’t keep their hands off animals in need Mr. Batmasian can’t keep away from people in need. He’s drawn strongly to worship. Getting to stand next to him in church, hearing his sonorous voice sing praises is a faith building experience for even the most weak of Spirit. He attributes the reason he’s drawn to helping people to his driving faith, but there’s something more driving him. Many people are drawn to religion and prayer, but few put it into action so fearlessly. He uses religion to rationalize his feelings of wanting to help people, but there’s an ingredient he possesses, beyond a personal desire to please God, but a compulsion that makes it impossible for him to stop being a genuine “people rescue” person.

One has to wonder if his willingness to help almost anyone so non-judgmentally, to open his hand – to risk and to trust, is the same reason he ends up getting his name in the news associated with politics where hindsight yields regrets.

He doesn’t drive an ambulance, but he does save so many who are in trouble all the same. Mentoring lets someone who is able participate directly in the cases of the needy, listening, giving attention and giving moral support when needed.

What makes this dude, Boca’s most enigmatic landlord, boldly charge in where others fear to tread? I don’t think I’m the only one who’s curious to find out. I got him to answer some questions about what makes him do it:

What do you see as the major factors driving people to homelessness in South Florida?

I think that drugs and alcohol are equal opportunity killers. They can get to the rich, the poor, the young, the old…it doesn’t matter. Also, a lot of it starts with medical doctors prescribing addictive pain pills and the need for those pain pills grows and grows to become Oxycodone and other addictive drugs ruining people’s lives. The same with alcohol. Have you seen people addicted on cigarettes recently?

Did you have struggles of your own that made you feel a connection to the homeless who need help?

What’s different about Boca compared to other places in terms of the people who become homeless here? What challenges do you recognize are unique to our area that other locations across the nation don’t face or face less?

If you’re walking down the street or driving in your car, how often do you stop or pull over when you see a person on the streets, struggling?

I don’t pull over when I am on the road.

How many homeless people’s stories have you listened to personally over the years? Like what’s the scope of faces – the number of people you’ve looked in the eyes?

Literally hundreds. I have tons of their names and telephone numbers. Sue Keith meets with 50 of them a week, and I probably have 20 in my phone that I am communicating with on a regular basis, including at FUMC for our Saturday program, and a lot of them come to our Sunday services. Constant communication, giving them empathy, care and love, and showing them that you are always there for them are very important.

Why do you work with the First United Methodist Church? Why not put your time into other homeless programs?

The topic of helping the homeless was in the Church bulletin, and I felt called upon. We’ve just taken a hold of that and taken it to a whole other level, and I hope it will eventually BE a whole other level not only here, once we perfect how we go from homelessness to wholeness, but perhaps attach it to the YMCA or the Salvation Army and do pilot programs in 20 different cities. The idea is that taking people out of homelessness becomes a national endeavor, surviving way beyond my lifetime. We want it to have a life of its own, just like PROPEL does.

Is there anything you’re ever afraid of when you put yourself out there so openly as someone who genuinely cares? Like calls at night or people showing up at your home unannounced?

Yes. I might get shot or beat up. I understand that. But I could also get hit by a car or develop cancer, so I’m just going to keep doing what I’m doing until the good Lord takes me to be with Him.

Yes, I think my role as a business leader gives me a lot of contacts in the community that I can call upon to help these underprivileged people. For example, we do laser treatments from two different doctors, shock wave therapy, dental work to get them out of pain, regular medical doctors, chiropractors and holistic healing practitioners, gyms where they can work out, car repair places, lawyers, psychiatrists/psychologists, etc. We have 10-15 mentors and volunteers who take these people under their wing on an individual basis. It makes for a great team, thank God! It’s great to be able to use your business and contacts to be able to help them. I have 15 formerly homeless people working for me, and I hope that we’ll continue to grow and find jobs and businesses for many of the others when they are good and ready, clean and sober.

Do you think other business leaders should consider the special power of good that their authority has accrued?

Of course! I think God has given talents to everyone and they should use those talents to be His “hands and feet” on this Earth.

What are some local charities that you’ve vetted in terms of knowing they do good – who would you recommend for those who are able to contribute financially?

Obviously I am a big fan of HOME and PROPEL, but we support many others as well.

Are you living on the street? Living in your car? Sometimes it works out different than we wanted, differently than we planned. Please don’t punish yourself – connect with HOME. Visit their site here.

Are you sincerely interested in giving some of yourself, some of your time and attention, to people in need? Don’t be afraid. Love is the opposite of fear. Call Sue at HOME and she’ll tell you more about the mentoring program. (561) 465.5311