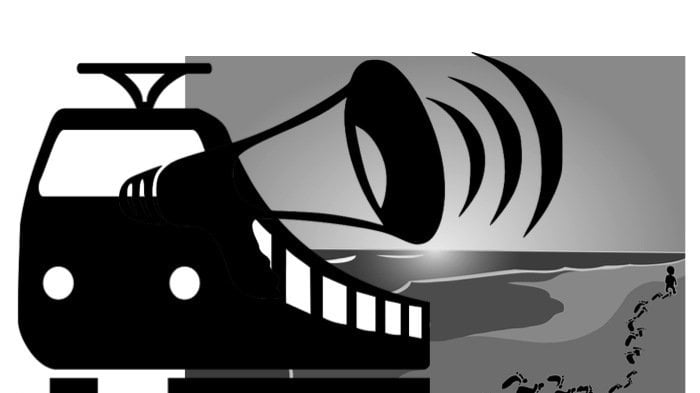 Residents north of Palm Beach County have been waging a (mostly losing) battle against the proposed high-speed rail service between Miami-Palm Beach and Orlando. They argue, and will likely do so again to the courts, that the $1.75 billion in state tax exempt bonds and federal loans amount to a subsidy for the private rail venture. They hate the idea of up to 16 loud, Miami-Orlando fast trains daily shuttling tourists past their homes and businesses. They get the noise and traffic disruption, while businesses at either end of the line get the benefit.

Meanwhile the residents of Palm Beach County and areas such as Downtown Boca have been more complacent, in part reassured by promises from government and the railroad company that “quiet zones” would be put in place which restrict the use of railroad horns at most of the crossings in the county.

But as anyone who lives within miles of the tracks– including exclusive enclaves such as Royal Palm– can tell you, the trains started operating this month and the quiet zones did not. Another promise broken. We are now told that the blast free zones will not be operational for another four to six months, if then. Meantime we are treated to almost double the number of blaring train horns at all hours of the day and night. And the Bright Line horns are noticeably LOUDER, maybe because their trains are traveling at a much faster speed than freight trains and thus present a greater danger at crossings.

Safety is important, but so is government accountability. If the tracks or signals weren’t ready, would government allow the new train service to begin? So why are the full-throated trains running before the new crossings are complete and operational? What’s the rush? So we can get from Ft. Lauderdale to West Palm Beach in 30 minutes as opposed to 38 in a car? So FEC railroad engineers can take sadistic pleasure in rattling all those people who live in between, as our new “high speed” rail blasts its way through Downtown Boca Raton? Or is it just another example, like Boca’s building binge, of regulators making development decisions and worrying about the negative impacts later.

Is this any way to run a railroad? Or a City Council?