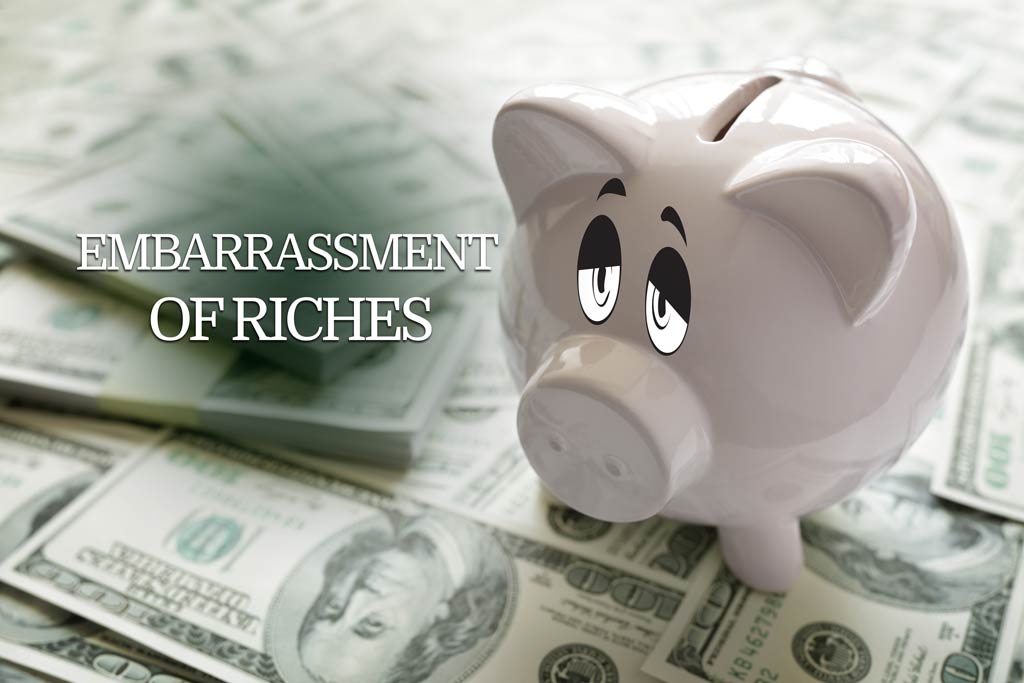 Only an entrenched, self-serving bureaucrat could be embarrassed by the financial state of Boca Raton. Somebody who, due to a paucity of imagination, an abundance of caution, a fear of responsibility, job insecurity, or all of the above, would rather sit on a $ 300 million budget surplus which is earning a whopping 1.08% interest than spend that money on making the quality of life better for Boca’s taxpayers NOW.

Unfortunately for our City Manager and his timid band of nut hoarders, all of this has come to light in Boca Raton’s 2018 Comprehensive Annual Financial Report (CAFR). It should be called the Incomprehensible Embarrassing Financial Report. The CAFR is indeed comprehensive.

At 200+ pages ( City of Boca Raton, FL – Comprehensive Annual Financial Report for the Fiscal Year Ended September 30, 2018 ), it is difficult for the average resident to comprehend. So we asked some independent CPAs familiar with city finance experience to have a look, and here’s what they found:

In short, Boca is rich. Sloshing in shekels. Tumescent with takings from taxpayers. We are the envy of our neighbors, and we should be celebrating the fact, not hiding it.

Why does most of this come as news to you? Because Boca’s financial position is not presented to the public in a way that is understandable and transparent. We should fix that by holding a workshop to engage the residents and to discuss Boca’s long-range revenue prospects, spending requirements, and options for additional spending. We should look at past CAFRs of Boca and other cities. Such a comparison might yield valuable intelligence and reveal important trends. This would help our elected officials ask better questions about the cost of longer-term obligations. Like the potential cost of the city’s promises for pensions and the retirement packages of current City staff.

Once our City Council (and the public) has a clear understanding of Boca’s strong financial position, there should be a public discussion about the way forward. I guarantee that you will hear from Mr. Ahnell and his number crunchers that we are not rolling in dough—that there are plenty of dark clouds on the horizon waiting to rain on our fiscal parade. “The surplus isn’t a surplus because” will be their mantra, as they try to hang on to their City Hall stash, or spend it on what they have planned. But let’s have that discussion in the public view, so that we can all decide what’s needed and what’s possible before we’re asked to vote on yet another special tax or new bond issue.

In the meantime we could be fixing our parks, improving our intersections, beautifying our public areas, subsidizing public transportation downtown, saving our beaches, building a world-class golf facility, creating more parking. The needs are obvious. So is the fact that we have the money. Hiding there in plain sight in the CAFR.

Read John Gore’s more recent articles about Boca’s finances and on how much Boca has stashed away in funds.