Home Boca Raton Politics #1 Mission = Keep the Citizens on Top, as it is Meant...

To the residents of Boca Raton,
The image below is very powerful.  It demonstrates a principle that is near
and dear to us residents.   That is….Government serves us, the resident….not us serving it….

In two recent public appearances while speaking about BocaWatch, I presented
this chart upside down…People were quick to correct me…but I was
illustrating the point that this structure is more rhetorical than
actual….

While the resident, allegedly at the top of the chart, is limited to 5
minutes at the public microphone and once away from the microphone, no
further opportunity to advance the dialogue….

I recently spent three hours in Chambers at a CRA meeting in order to make a
5 minute comment.  Using only 4 minutes, I stepped away only to have a CRA
member immediately offer an opinion in opposition.  When I asked to return
to the podium to respond, my request was denied.  I would have had to wait
until the next meeting and, perhaps, another three hours, to again have
another 5 minutes to further the dialogue…. 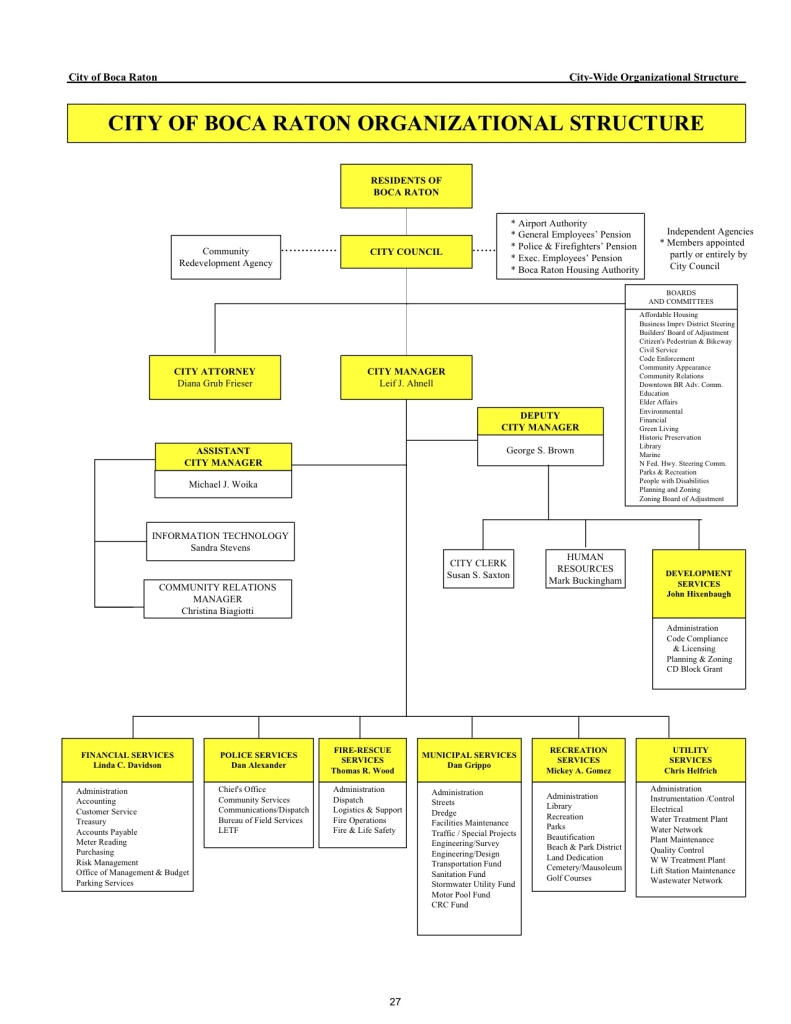