Bocawatch.org has been working to keep Boca Raton’s citizens up to date on plans for the Wildflower Property site and is providing an update in this brief article.

The Boca Raton City Council appears to be still conspiring to have a chain restaurant on the site in spite of the evidence that citizens prefer an open green space.

The following link points to an article with details regarding the City Staff misrepresenting the results of their citizens’ survey on usage of the Wildflower site. 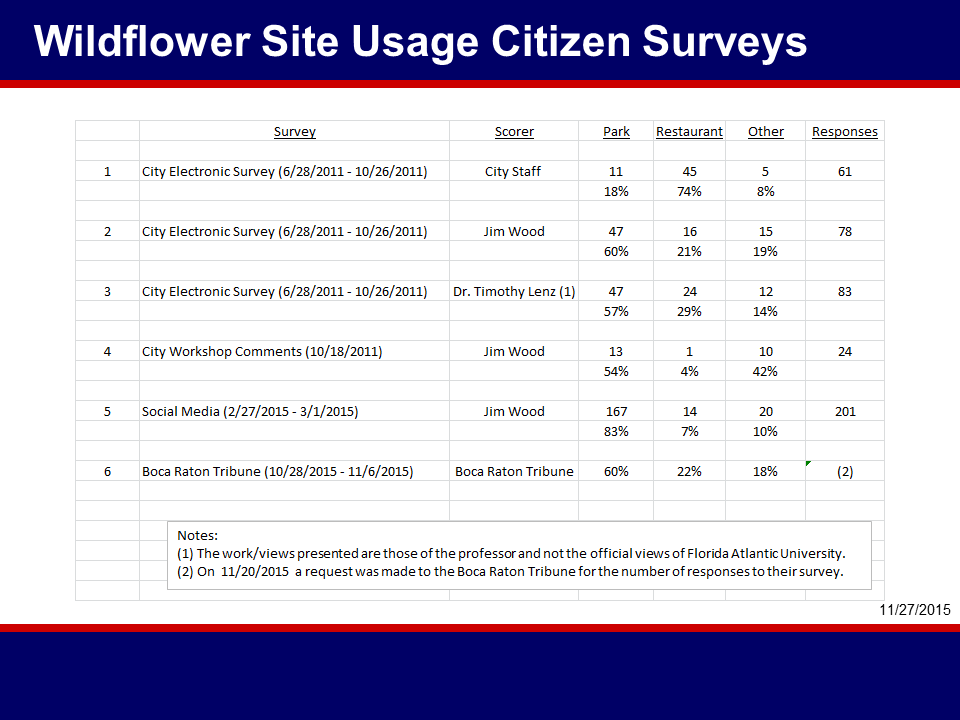 The City purchased the property in 2009 and it has been an eyesore at one of the most visible parts of the City ever since.  During the six and a half years that the City has owned the property, it has sat vacant with ugly, intimidating barrier fencing and no trespassing signs. The City Council has been reminded several times that they don’t own the property. The citizens do and will not accept a chain restaurant on the site!

Many citizens in Boca Raton are outraged at the behavior of the City Council regarding management of the Wildflower site.

For additional proof of the Citizen’s preference see the Boca Raton Tribune article of this past November reporting results of their survey showing over 60% in favor of green space. Link to article