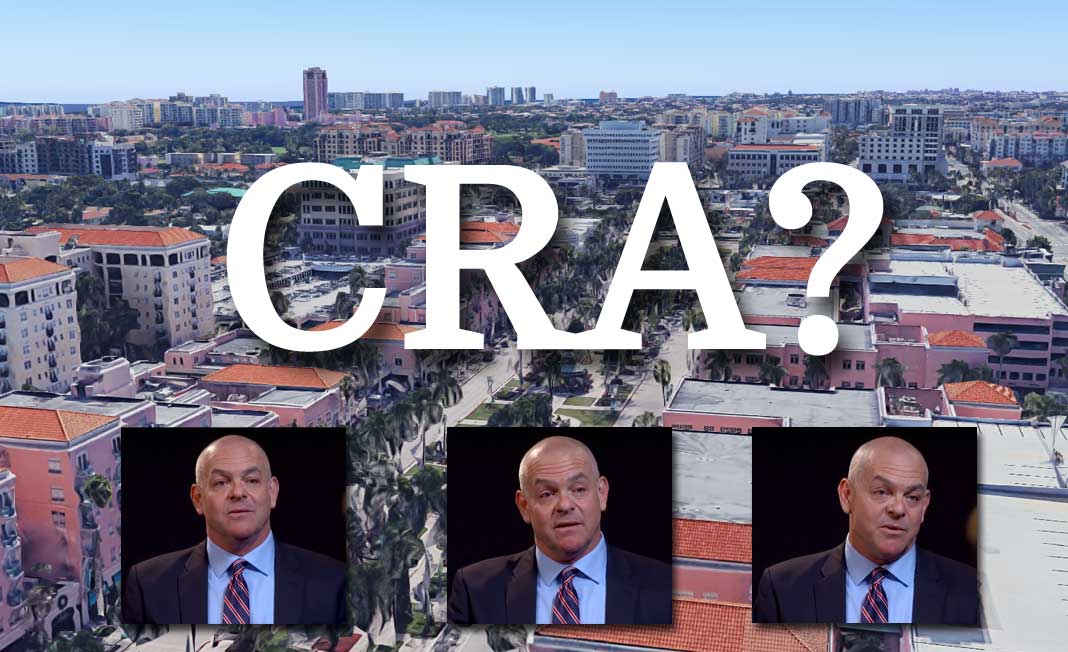 What has 5 heads, 10 legs and no teeth? The Boca Raton Community Redevelopment Agency, that’s what.

In 1980, the City Council designated 344 acres of blighted Boca Raton as a “community redevelopment agency”, which we now consider to be “Downtown Boca.” Early in its life, this CRA acquired the “Old Boca Mall” and built Mizner Park. The CRA is now only one in title. It’s time for the CRA to become a CRA again.

Bernadette Duran-Brown, in “Redevelopment By Any Other Name Would Still Be Redevelopment” listed traits of an effective CRA to include: “new landscaping, housing and business opportunities mixed with expanded government services with transportation infrastructure.” Our CRA does none. Other than the occasional vote on a proposed development, the CRA pretty much serves as a concert promoter. We deserve more.

There are very few entities with the awesome powers granted to a CRA. Cities all around us are taking advantage of this mechanism, while we watch our CRA do little. “The Ave” in Delray…CRA in action. Pompano Beach booming….CRA in action. Our CRA, happy to have free concerts to brag about. Quite a ways away from “new landscaping, housing and business opportunities mixed with expanded government services with transportation infrastructure.”

An example of the CRA not being a CRA was its May 21 meeting. The meeting lasted 18 minutes, which includes the Pledge of Allegiance, public comment and (the longest item) an update on the Festival of The Arts. 18 minutes.

What could have been discussed? Parking. Lighting. Circulator transit. Shade trees. Crosswalks. The tide of tenant closures in Mizner. Attracting small businesses to the Downtown. Supporting existing businesses. Anything. Something. But no, if a consultant isn’t paid to create a conversation, or a developer doesn’t have a building project up for a vote, we settle for getting it all over with as soon as humanly possible. 18 minutes. 18 minutes!

The special election in August is an opportunity for the candidates and the public to discuss the role of a CRA, and the meaning of being a downtown. I am looking forward to hearing proposals from the candidates on how each envisions new landscaping, housing and business opportunities mixed with expanded government services with transportation infrastructure for our downtown. It is time for the CRA to become a CRA again. We can still have tribute bands, but we deserve so much more.