This is a tale of two developers and the future of Boca Raton.  The first is—or was—involved in a controversial project on Boca’s barrier island.  But at the request of City leaders and staff, developer Ramon Llorens agreed to work directly with nearby residents to find a project that would be acceptable to all.  The result, a 70-unit condominium called Ocean Palm on the SW corner of Palmetto Park Road and A1A, stands as a model for future development in Boca.

Instead of his originally proposed ten story, 200 room hotel and 70 condominiums project, the developer has agreed to build a six story condominium-only building.  There are generous setbacks on all four sides of the building, and every attempt will be made to protect adjacent neighbors from increased traffic flow.  Most importantly, the revised project is compatible in style and scale to the other buildings in the neighborhood.  As a result of the developer’s willingness to talk to affected residents first, the rancor and controversy surrounding his project has evaporated, resulting in a win-win for all involved. 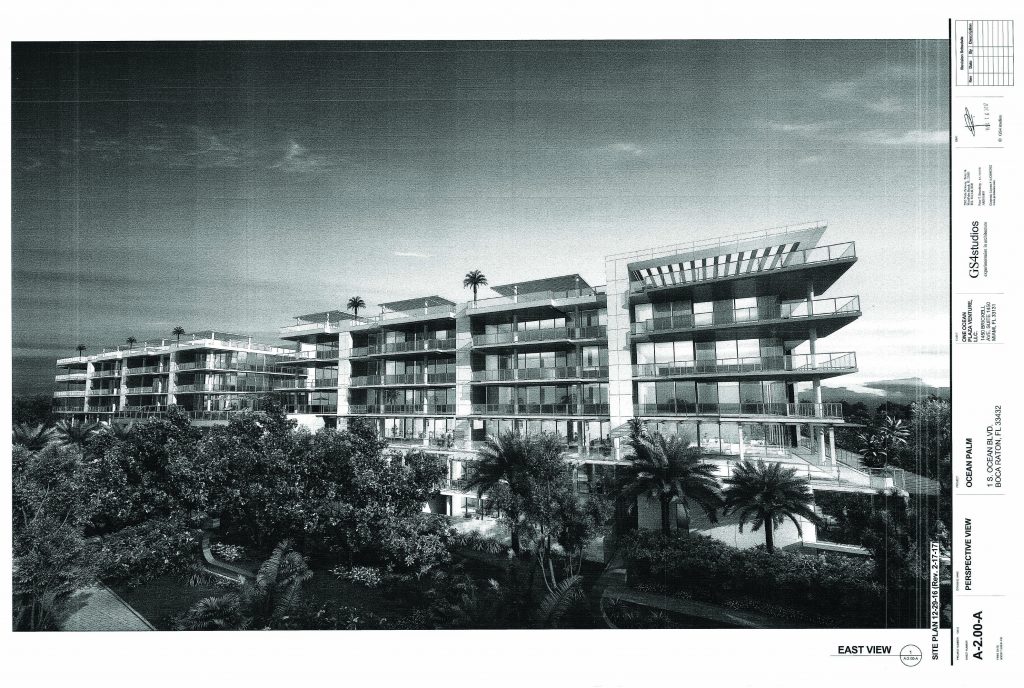 Contrast this with the behavior of developer El-Ad and their proposed ten story, three block long condominium project on SE Mizner Boulevard in the heart of Boca’s “downtown,” where the low-rise Mizner on the Green is now located.  Dubbed “the Monster on Mizner” by local residents, the 384-unit condo building, called 200 Mizner, is the largest ever attempted in the area governed by Boca’s basic development law:  Ordinance 4035.  It is significantly larger than the three block long Palmetto Promenade rental building that now dwarfs the north side of Palmetto Park Road between Mizner Boulevard and the Intracoastal bridge.  Both in scale and style it is indeed a monster. 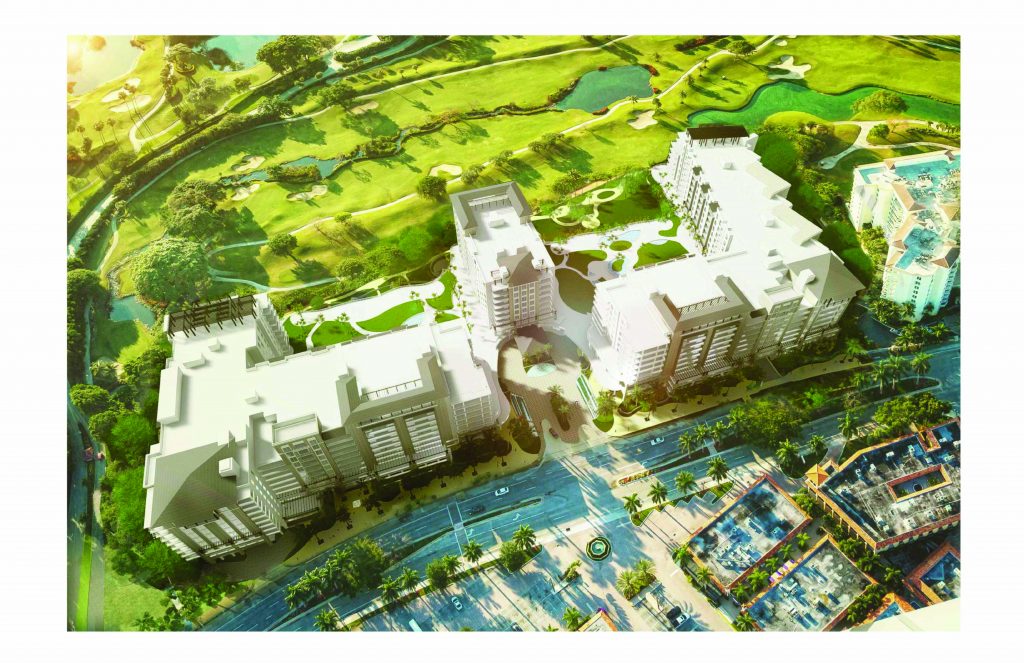 El-Ad has been trying to redevelop the Mizner on the Green site for over three years now.  It has proposed project after project that to date have been rejected because 1) they required significant zoning variances, e.g. 30 stories instead of ten; or 2) because the proposed building failed to meet other metric or style requirements contained in Ordinance 4035.

Why has the El-Ad Mizner Boulevard project been mired in controversy and been stalled for over three years and counting?  First, because the developer is politically tone deaf.  El-Ad assumed that because other developers had received all sorts of variances from Boca’s formerly compliant City Council, it would receive the same treatment.  It was international and rich and powerful.  But the politics of development has changed in Boca.  City officials are now wary of resident backlash, should they bend Boca’s development laws to suit an individual developer or project.  “My way or the highway” lobbying is actually counter-productive.

But El-Ad’s biggest mistake has been its refusal to meet with and win approval of its neighbors.  Various stakeholders such as residents of nearby condominiums, powerful landowners who have commercial interests in nearby properties such as Royal Palm Plaza, and various resident advocacy groups such as BocaBeautiful.org and BocaWatch have not been part of the process.  They have not been consulted.  They have been insulted.

From day one, El-Ad has attempted to play the insider game, trying to advance its latest version of 200 Mizner at each stage of the approval process, making alterations only sufficient to win support of the group whose approval it needs.  Their backchannel approach has been evident in their pleadings before the Community Appearance Board.  A necessary precursor to achieve ultimate approval by the City Council, the CAB is supposed to be the arbiter of style and taste in Boca.  What has been El-Ad’s strategy?  To meet privately with each CAB member and receive suggestions how they might best make cosmetic changes in order to win CAB approval.

As a result, concerned residents have to attend the CAB meetings to get a glimpse of the latest version of 200 Mizner.  They then get two minutes each to comment on something which they are seeing for the first time, but which definitely affects their quality of life and property values.  Then, once El-Ad wins over the CAB, they use that approval as leverage with the next review board:  Planning and Zoning.  And so on, up the chain, until the Monster on Mizner is before the City Council itself.  The system is anything but resident-friendly.  No wonder that overdevelopment has become such a hot political issue in Boca Raton.

The twisted tale of 200 Mizner took an interesting turn earlier this year, when BocaBeautiful.org asked the City Council to have Boca’s newly-hired downtown consultant take a look at the project.  The Council agreed, and since then the Mellgren Group has reviewed the project and on March 17th delivered a draft report to city officials that concluded that the current iteration of 200 Mizner “does not fully satisfy the design standards included in Ordinance 4035.”  It is nice to have professional confirmation of what nearby residents have been complaining about all along.

El-Ad’s response?  Again, the insider game.  According to pro-development reporter Randy Shultz, El-Ad has been meeting privately with the Mellgren Group in an effort to convince them that they are wrong.  According to Shultz’s source at City Hall, El-Ad has enjoyed some success in its backchannel effort.  It is interesting (and depressing) that the first word that any of us get of either Mellgren’s disapproval or the private efforts to reverse it comes from Shultz via some unnamed City Hall official.  Certainly from El-Ad’s point of view, the headline Mizner 200 Fails, then Passes is better than Mizner 200 Fails.  That’s how development politics in Boca used to work.  Fix it before it stinks.

But as the Ocean Palm project shows, there is clearly a better way to fix things.  Sit down with all of the affected parties and work out a compromise.   It is a lesson that El-Ad may eventually learn, as it spends the next three years in a futile effort to build something in Boca’s downtown that almost nobody wants.

The Shape Of Local News In Boca Raton in 2019