Jack McWalter, in his video commentaries, has been warning about the Midtown Boca developers’ efforts to have a second Tri-Rail station approved to support their efforts to cram 2500 new housing units in a remarkable small land area along the Military Trail corridor west of I-95. Up till now, it was thought that this was a far off possibilities but apparently that may not be the case.

Jack reports that there will be two meeting coming up at the end of August; to wit: August 29th and 30th. Below please find the announcement published on August 4th. Residents, particularly those in the affected areas, are encouraged to come out and have their voices and concerns heard. This announcement has been distributed to property owners and tenants within 300 feet on either side of the alignment. Funny how this geography excludes most concerned homeowners. It is also curious that no notice has been posted on the City’s website informing the public.

Jack reports that County Commissioner Steve Abrams’ office provided him with this information. The August 29th meeting will be held from 6:00 to 8:00 P.M.. The August 30th meeting will also be held at the Spanish River Library from 2:00 P.M. to 4 P.M. and will be attended by public officials to discuss the effects of this project on the community at large. More on this will be reported in BocaWatch as more information becomes available. 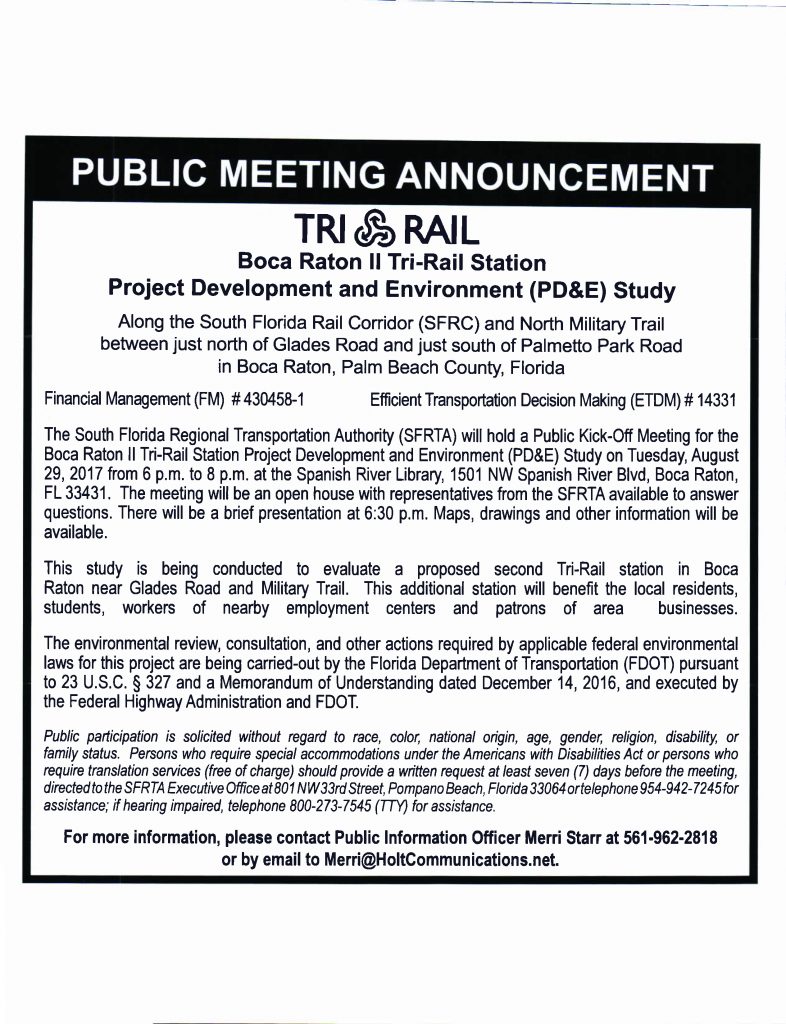