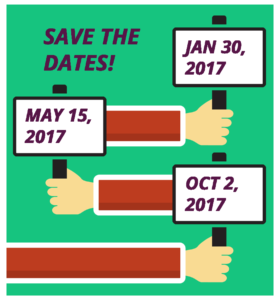 The 2 bodies of elected officials will also try to meet before the end of 2016.

We achieved this important result in less than 60 days while previous efforts had stretched out for a year because we had a new way for everyone to move to a common consensus to make it happen.

Here’s how: I first suggested a new scheduling approach at the Boca Watch debate on August 11 – plan now for 3 dates in 2017, and then presented it to my fellow District Commissioners at our meeting the next week .

We discussed dates that did not conflict with City Council meetings for 2017, and the 5 District Commissioners had our consensus.

We sent these on to the City Manager, and City Council members took note of our suggested dates.

Then at their September 27 meeting, our Chair – Bob Rollins – addressed the Council with a simple request, “Please take out your phones, and let’s get this done.”

They did, and voilà! Consensus!

That same evening, the City Council approved the 10-year interlocal agreement for the District to assume a 50% share of the City’s cost for beach renourishment and dredging the Boca Inlet.

We reached consensus in both cases by stepping back and taking longer views.

As I have pointed out in Realities: How to easily improve District & City collaboration, the City and District work very well together every day. The District & City are independent governing entities with a collaborative mission to provide beaches, parks and recreational facilities for the greater community good.

However, there are some long-term strategic issues that need public discussion by District & City policy-making elected officials to give direction to our staffs to develop details and alternatives for our approval.

These are opportunities and challenges for Boca Raton to keep our community as the best place to live, work and play in South Florida.

Save the Dates for our meetings. Together, we can create our consensus for a Greater Boca Raton.