The attempt to overturn the will of the voters in the City of Boca Raton has hit full throttle.  Following the overwhelming majority vote for preserving green space on our city owned Intracoastal waterfront properties for recreational purposes and boating access, available to all the citizens of Boca Raton, the special interests that favor commercializing these same properties, to benefit the minority, are attempting to strike back.  Don’t let this happen!

The successful YES vote during the November 8th election, passed with significant majorities in every single voting precinct within the city, and overall by a two-to-one margin.  That is a landslide!  This occurred in spite of formidable forces against it in the form of The Greater Boca Raton Chamber of Commerce, PACs out of Tallahassee with meaningful dollars that produced a TV campaign and other support to vote “no”, an endorsement against it provided by the Sun-Sentinel, plus mammoth “Vote NO” signs on the properties owned by the largest private commercial land owner in the city, Investments Limited.

Immediately after the vote, these same forces claimed that the plainly written ballot measure was “confusing”.  The arrogant and condescending implication being that only the “no” votes could figure out what it meant while the “YES” votes didn’t have the intelligence to sort things out.  Unfortunately, the sour grapes did not end there.

The Chamber of Commerce Effect

ForBoca.Org, a Tallahassee based organization (PAC) whose front man is Mike (M.J.) Arts, the former President and CEO of The Greater Boca Raton Chamber of Commerce, filed a lawsuit against the City of Boca on January 9, 2017 in an effort to overturn the referendum passed by the citizen vote.  Mr. Arts also served as a councilman until his defeat by former councilman Anthony Majhess.  This organization, with close Chamber of Commerce ties, has decided that the voice of the residents count for nothing.  It is the opinion of some legal experts that the lawsuit will most likely fail due to its lack of merit.  In the meantime, taxpayers will be saddled with the cost to defend and the resident’s use of certain waterfront properties will be delayed for an indeterminate amount of time.

The Chamber has not stopped there.  With the upcoming Municipal election to select City Council members, the Chamber has chosen to endorse Andy (Andrew) Thomson for City Council Seat B.  Mr. Thomson also favors going against the will of the resident vote and will no doubt carry the water of the Chamber and the development community if elected.  If the lawsuit drags on Mr. Thomson will be the “Ace in the Hole” for those behind the lawsuit.  A review of Mr. Thomson’s campaign finance reports verifies that claim.  He is heavily funded by Attorneys, Developers and landowners including the Batmasian family that owns Investments Limited.  No other candidate for Seat B has this type of financial support from those special interest groups.  Not even close.

As if this wasn’t enough to make you give pause, now comes sitting Councilman Robert Weinroth with an endorsement for Thomson on Facebook on January 20th.  Weinroth, who has been ushering Mr. Thomson around social and community circles for a number of months was, and continues to be, a vocal opponent to the voter initiative and is opposed to preserving city owned land as open/green space.  Mr. Weinroth has voted in favor of every major development to come before him.  A public records request, done in the past, reveals his disdain for residents who choose to exercise their rights to speak out on development issues by labeling them “naysayers” and “the usual suspects” in email exchanges with the development community. 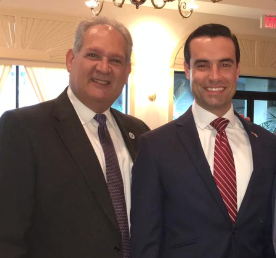 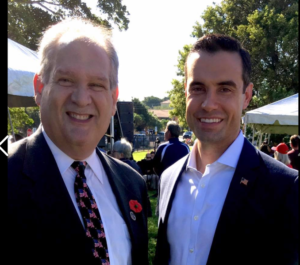 Mr. Thomson’s appearance on the scene is an interesting situation.  In another era, the smooth talking, young attorney would be considered a “Carpetbagger” since he recently moved to Boca Raton about five to six months ago for the sole purpose of running for office in Boca.  He has never voted in a Boca Raton municipal election, nor has he served on any city boards.  Based on his campaign funding, recent endorsements, and most probably another endorsement to come from the Sun-Sentinel, Mr. Thomson’s path forward is clearly set following in the footsteps of his mentor, Councilmember Robert Weinroth.

If you have concerns about traffic, high density development or preservation of open/green space, or if you savor the quality of life that brought you to Boca Raton, this is not your candidate.  No matter what he and others may claim.