At the October 6, 2016 meeting of the Federation of Boca Raton Homeowner Associations, the Chamber of Commerce announced its mission: “Develop and commercialize ALL Boca Raton city-owned waterfront land and parks.”

With City guidance and approval, on November 8, 2016 citizens overwhelmingly voted to retain city-owned waterfront properties along the Intracoastal Waterway for recreation and boating by a margin of 67%.  This sent a clear message of what citizens want.
On January 9, 2017, ForBoca.Org, a Tallahassee organization founded by Mike Arts (former City Councilman and president of the Boca Raton Chamber of Commerce) with the help of Al Travosos (former City Councilman) sued the City in an attempt to nullify all 29,378 votes. They claim our right to vote did not follow the law.

Their position is based on “Haynie’s Law”.  When the Archstone project, now Palmetto Promenade, was being developed, Mayor Haynie and others went to Tallahassee and successfully lobbied for a law prohibiting citizens from seeking a Referendum Vote to protest imposing and intrusive projects.  Palmetto Promenade is Mayor Haynie’s child. Today citizens do not have the right to vote on any project once a Development Order is approved by the City. The ForBoca.Org suit as organized and formulated by Arts’ / Travosos is based on “Haynie’s Law.”

As it relates to the January 9 suit, my wife Nancy and I retained attorney John Eubanks to assist us and the community by advising and informing the City Attorney and City Council how best to fight and win the suit.  This suit does not meet the requirements under “Haynie’s Law” and has no merit.  Mr. Eubanks’ letter to the City is attached. If you wish to review the lawsuit go to: /city-sued-over-wildflower-referendum-vote/

History shows our City Council is developer friendly not resident friendly.  Mr. Eubanks and we believe the suit should be dismissed as it does not meet the specifics of “Haynie’s Law”.  Will the City use the Case Law, as outlined in our attorney’s letter, to defend the City?  Look around downtown.  This tells you who the Council supports and it is not the citizens.

It is shameful and disgusting that ForBoca.Org, the voice of the Chamber of Commerce, tries any means possible to win.  This suit will take a year or more to resolve. You can make a difference now.  Vote on March 14 and write your City Council members letting them know how you feel.  We have the opportunity to select candidates who consistently defend citizen rights at City Council and City Board meetings.  Please vote for candidates with a track record who regularly challenge the City on your behalf. 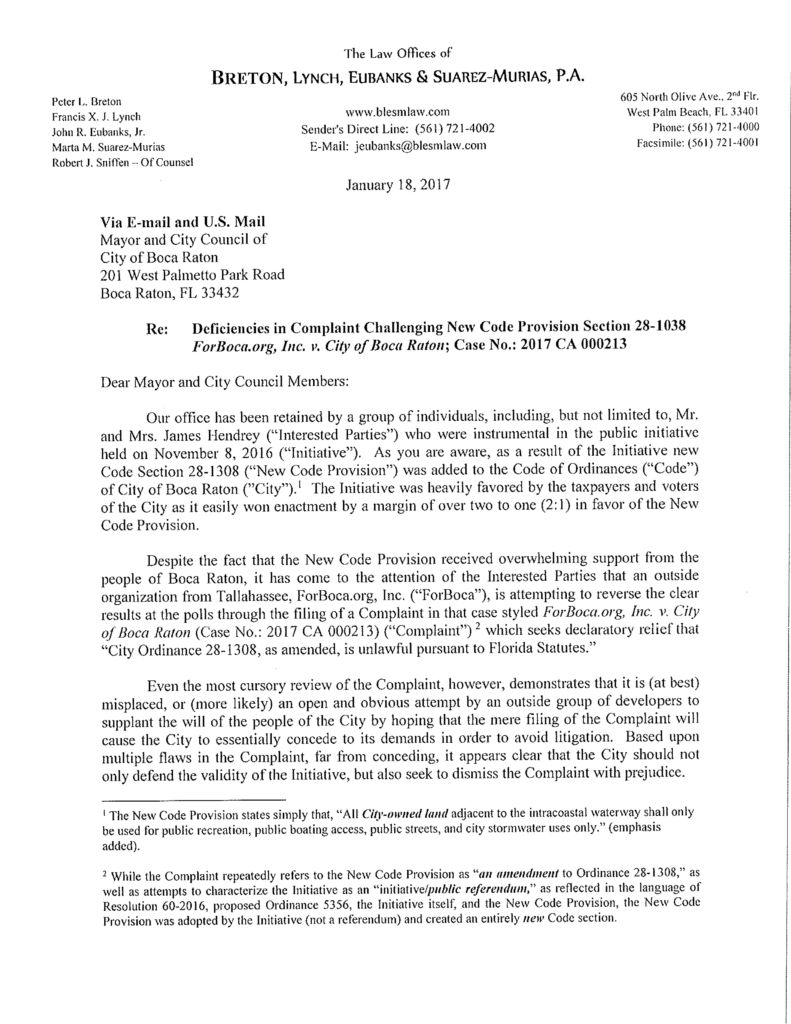 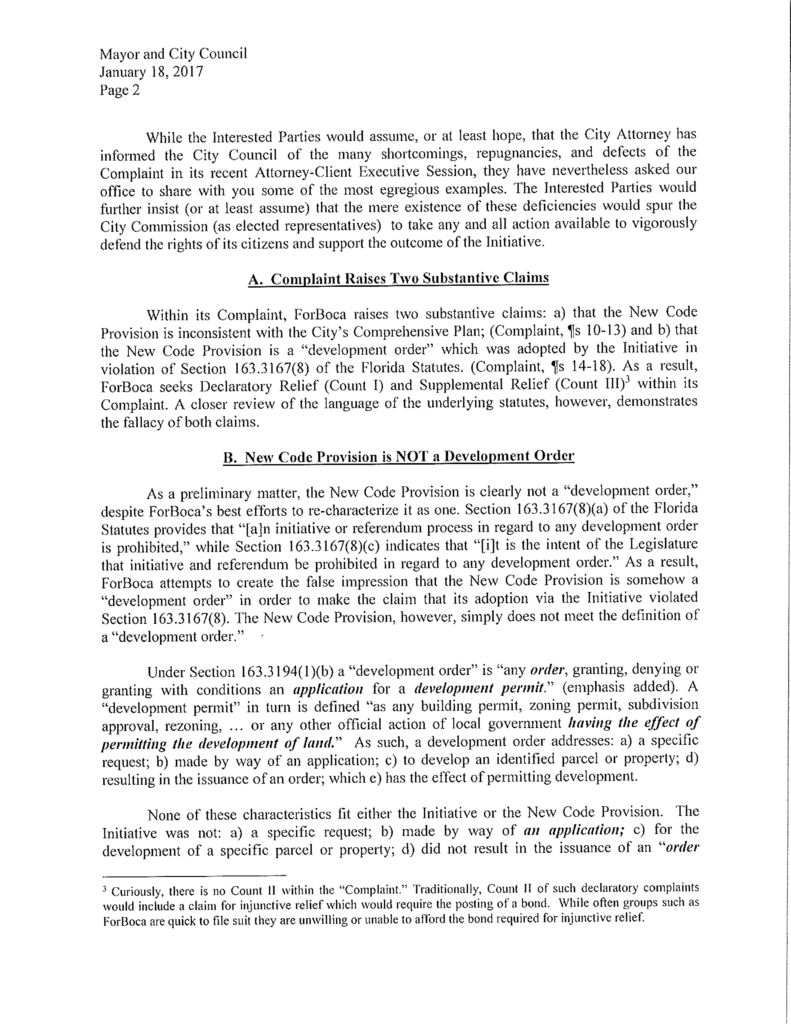 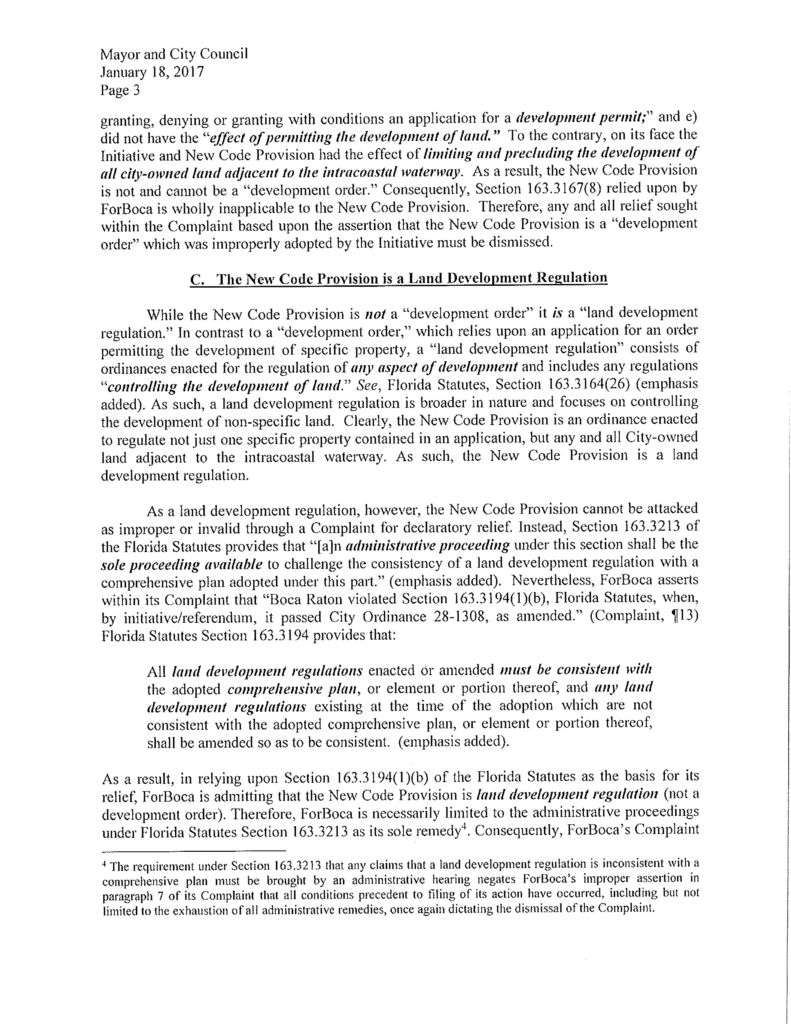 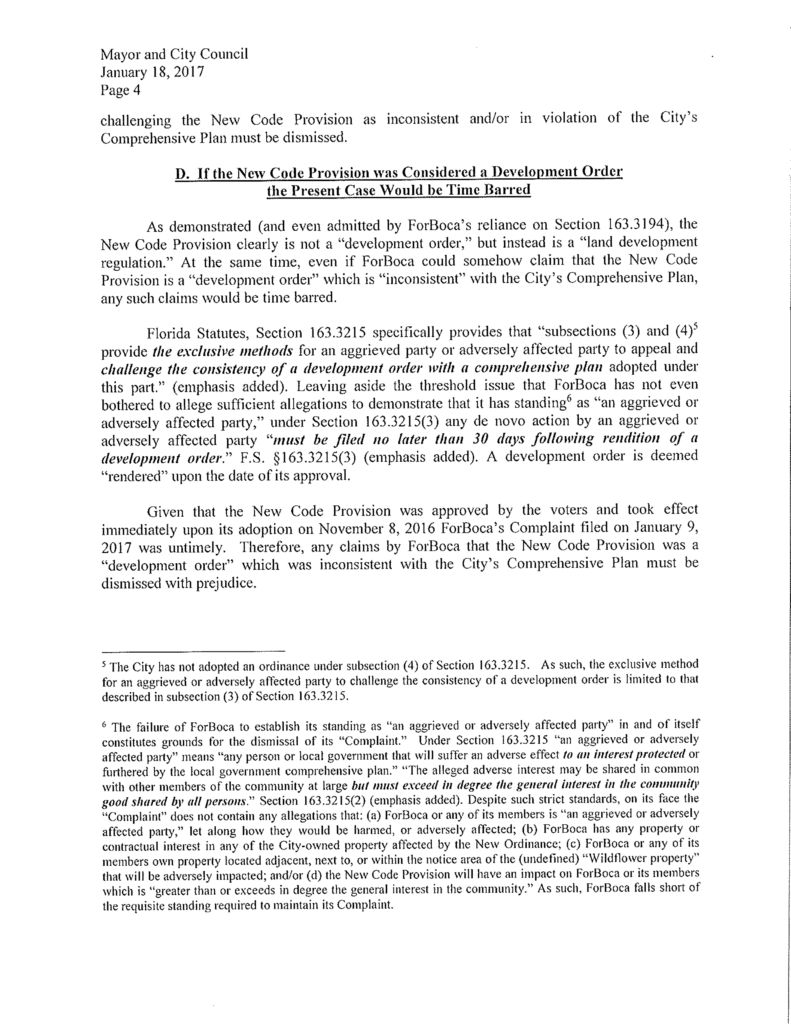 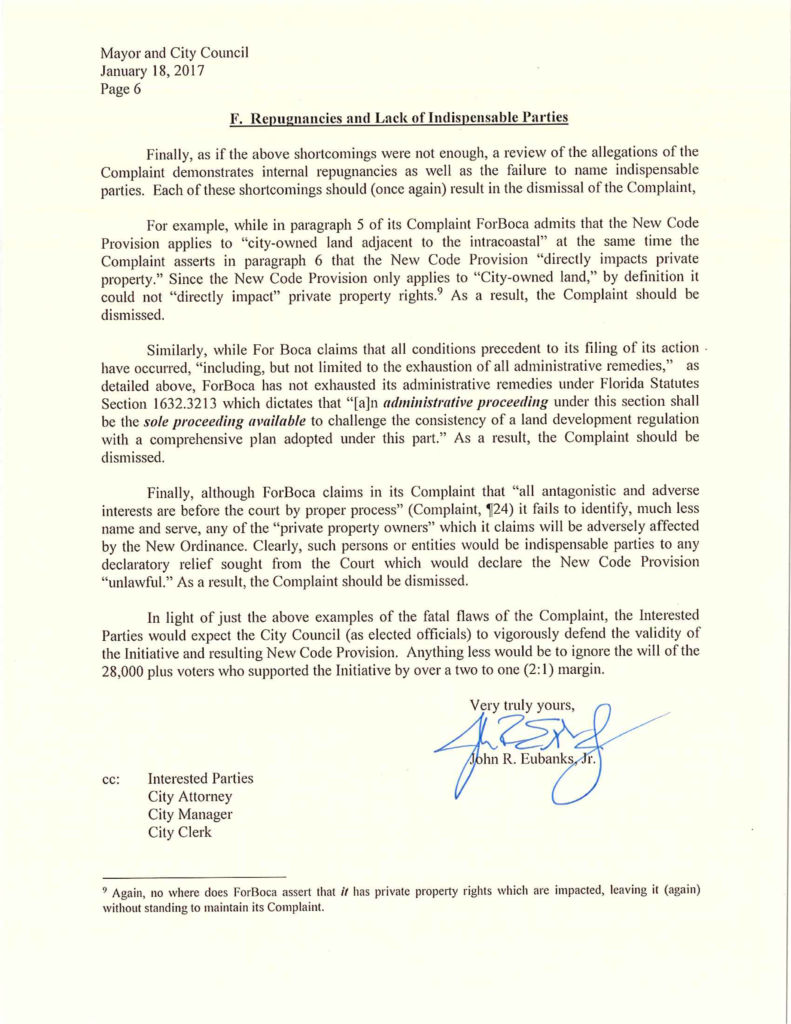