Prior to the municipal election on March 14 we thought it would be useful to provide the City Council meeting voting records of the two incumbent candidates – Mayor Susan Haynie and Councilman Scott Singer. This information can be used for fact checking campaign promises as well as an indicator of future voting tendencies.

The voting information summarized in this article was obtained from the Boca Raton City Clerk for the regular city council meetings. Two formats were provided. One is in Excel spreadsheet format and has voting records from 1995 until the end of 2015. The other format is scanned copies of the voting scoresheets from the city council meetings. We have voting records in this format from 2000 until the first meeting in 2017. Attachment 1 is an example of this format. Note that the voting information provided by the City Clerk is the only information used in our analysis and includes all votes cast at the meetings.

Following is Mayor Susan Haynie’s voting record from April, 2000 until January 10, 2017. Since there are only 41 “No” votes and two recuses, it is rather easy to analyze her voting patterns. Since over-development is a big concern of residents, it is interesting to look at her voting pattern regarding development. For large development projects she cast only one “No” vote in 17 years to limit the size of a building in the downtown. That building is Tower 155, which is now being built behind the downtown post office.

Her “No” vote on Tower 155 was against Ordinance 5289, which reduced the minimum parcel size from 2.0 acres to 1.2 acres for a building that can reach 160’. Tower 155’s parcel size is 1.25 acres, so the vote indirectly was to enable Tower 155’s development. The voting record for January 13, 2015 includes Ordinance 5289 and is in Attachment 1. Note that the order of voting rotates after each item is voted on and when it came time to vote on Ordinance 5289, Mayor Haynie voted last after the ordinance had already been approved by three city council members. Her “No” vote meant nothing. 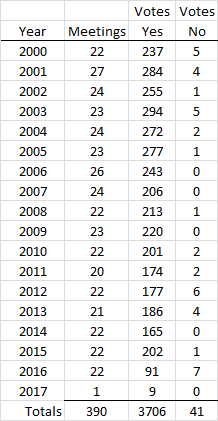 Following is Councilman Scott Singer’s voting record from April, 2000 until January 10, 2017. His voting record regarding over-development differs from Mayor Haynie’s in that he voted against the huge University Village project on Spanish River Blvd, but as shown in Attachment 1, he voted for the Tower 155 development. He also voted, along with Mayor Haynie, to enable a residence to be built on the east side of North Ocean Blvd. He sided with the residents by voting against zoning the entire Wildflower parcel commercial and also voted to adopt Ordinance 5356 rather than send it to a referendum on the November 8th election. Ordinance 5356 was the question for Boca Raton voters on that election ballot.

In summary the only major development project Mayor Haynie voted against in 17 years was Tower 155 and by the time she voted that night it was already approved. She also voted against the residents regarding the initiative petition to preserve city-owned lands along the Intracoastal Waterway for recreation. Councilman Singer’s voting, on the other hand, displayed a more resident-friendly attitude toward over-development and the initiative petition. But he also voted to enable developments that will place permanent scars on the city and add to traffic and parking woes without a solution. 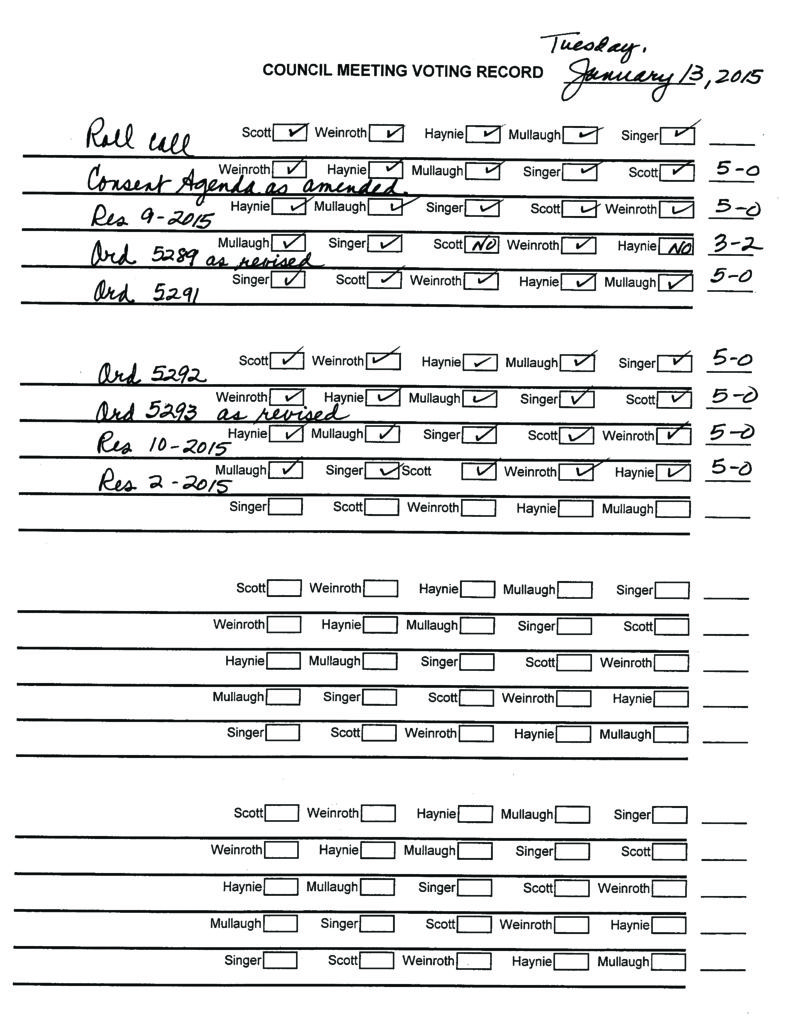