Last evening the residents belonging to the Riviera Civic Association, the area on the Barrier Island made up of Sun and Surf, Riviera and Por La Mar, hosted a meeting with Councilman Robert Weinroth as its guest speaker.  The meeting at the Boca Community Center was attended by over 80 people that represented approximately 12 additional  communities. For an hour and forty-five minutes attendees grilled Mr. Weinroth on a variety of subjects and issues.

The top two issues involved Mr. Weinroth’s decision to support the City’s providing a variance for the construction of a mansion on the beach dune at 2500 N. Ocean Blvd…a most heated issue in the City, bringing much anger from the people.  Unlike Councilman Scott Singer, who has maintained his reluctance to support the variance but felt compelled to approve it, Mr. Weinroth showed little regret but stated that he felt the State and County would, most likely, not approve a building on the dune.  As residents in Highland Beach can attest, the likelyhood of the house being built is very strong.  So, Mr Weinroth, along with 3 other Council members put an end to 40+ years of not allowing building on the dune.  He feels the City should not risk being sued by property owners. However, they would rather put the City in the position where they could possibly spend additional millions of your tax dollars paying more to protect the surrounding property they then they otherwise would have, had they not approved the variance. 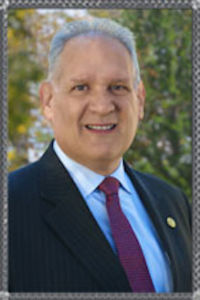 Another contentious issue was whether the City should enter a contract with Hillstone Restaurant Corp for leasing the Wildflower property allowing, them to put a brick and mortar restaurant on the property.  A citizen asked Mr. Weinroth if he would support allowing citizens to vote on whether to have a restaurant vs an active urban green space for the many thousands of residents that will inhabit the downtown once it is built out.  He stated that he would not support allowing the citizens who own the land to vote on its use.  So, just to make sure I and all the other 80+ people heard him correctly, I asked “Are you denying the peoples right to vote on the use of property they own?”  His reply was, he will not support citizens making a choice on how the property will be used.

Other topics focused on Mr Weinroth’s voting record, which includes granting of variances and technical deviations that impact traffic and density. He also stated that he would not take an official stand against the 1¢ (17%) sales tax increase that threatens to impact south county businesses more than any other area. *

So, there you have it.  Everyone was most cordial and, I believe, appreciated the opportunity to air their concerns. Only by having these meetings and exchanging our thoughts with elected officials are we able to have a dialogue. It provides a window into their character and how they view the responsibilities we bestowed upon them with our collective votes.  And, to his credit, Councilman Weinroth stated that if we did not like his decisions we are free to vote our feelings accordingly.

*BocaWatch was contacted by Mr Weinroth post publication to clarify that he is personally against the sales tax increase.  His comment was “The City Coucil as a body, will, in all likelihood, not take a stand”.