When people talk, some people actually listen… and as a result several citizens got together and organized an open meeting.  The standing room only crowd turned out in impressive numbers. An enthusiastic and inquisitive group of over 80 residents from 7 condominiums along A1A attended a meeting at the Chalfonte Condo on March 29th. 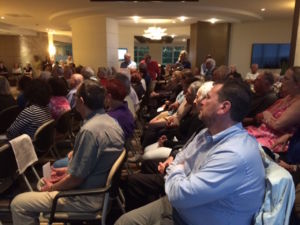 The organizers felt they had heard enough talk around the pool and in their lobby. We decided it was time to get together with our neighbors to discuss the ever growing theme of the conversations…”Why is there so much building?” “Why are they allowing this…it’s becoming like Pompano?” “How are we going to handle the traffic of what’s yet to come when we are already running into problems getting off the barrier island?” 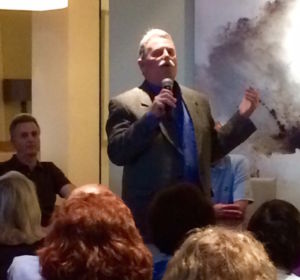 We all know Boca Raton has wonderful qualities…reasonable taxes, wonderful services and great beaches & parks, just to name a few.  But that’s not what people came to talk about.

The questions didn’t stop coming from the normally complacent condo dwellers…People asked about the motivation behind the recent approvals, variances and deviations from code. Are there behind closed door deals? Is it the huge campaign contributions? Are they ignoring the towns own building codes?

The welling up of  anger was before any mention of the traffic situation at Palmetto Park Rd and 5th Ave along with the unknown prospects of the Wildflower property.

When you live on the barrier island, getting to and from the mainland is of utmost importance, and attendees have noticed the impact of new development already.  They voiced serious concerns over what is yet to come: How are the roads going to handle more traffic? Won’t the higher density and increased population bring more crime?  And of course, what about the beauty and quality of life that brought these residents to this mecca of Boca Raton?

The number one question asked over and over again during the meeting….“What can we do to slow things down and have the city adhere to its own rules and regulations?”

The answer to the very complex questions as to what can be done to maintain the high quality of life east of US1 boiled down to…#1-Pay attention to the activities at City Hall and voice your opinions when you see wrong doing.  #2-Get involved in your hometown’s future.  #3-Make sure you vote in the local elections and support  those candidates that sincerely share your values and concerns of Boca Raton.

“The very real and long lasting consequences are going to be substantial if this pattern of abuse continues” was echoed among the attendees as they promised to meet again.

There were speakers invited from several resident groups, such as BocaBeautiful.org, BocaWatch.org, Save Our Beaches From Over Development, along with candidate for City Council (March ’17), Joe Panella. 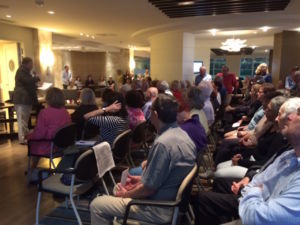 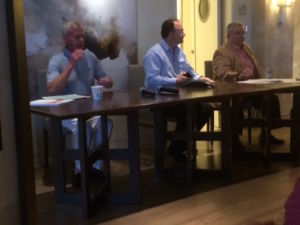 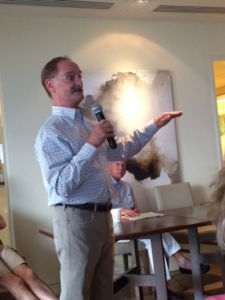