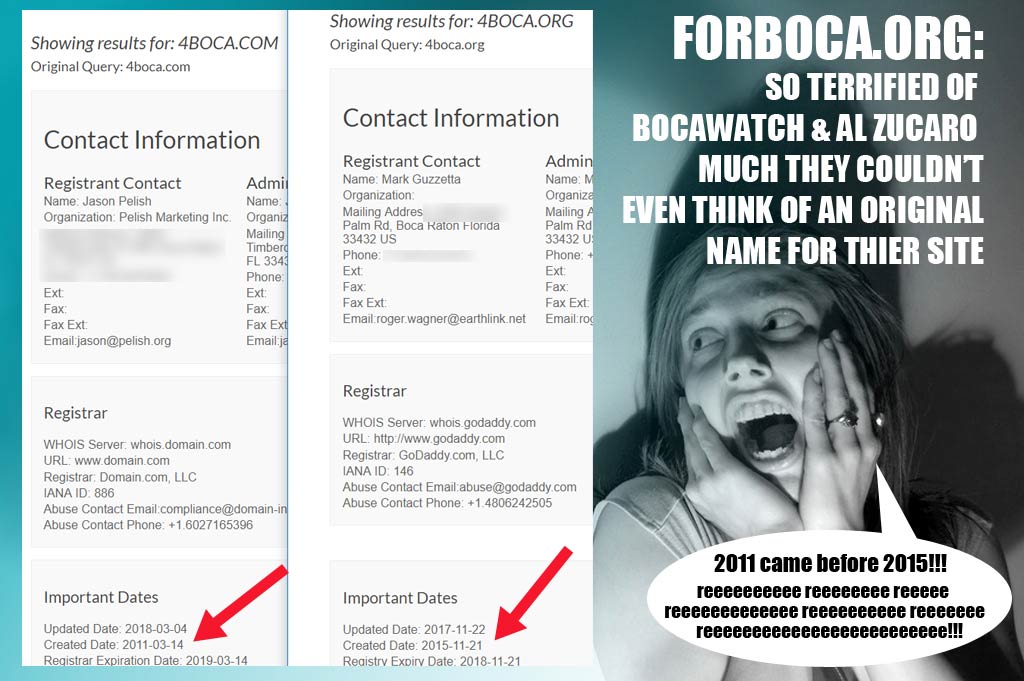 Someone pointed out to me that there’s a copycat site based on this one, so un-original that they couldn’t even think up their own brand name. They had to actually leech off my brand that I created, 4boca.com, and change only the domain extension – some thing different than  .COM. Of course I also bought forboca.com, an alias for this site, to avoid confusion. These copycats don’t have many tactics they can leverage and confusion seems to be one of their favorite tactics. They grabbed the same basic name just to confuse YOU.  I won’t link to them or mention them by name in text, but just look at the images here. You’ll see how funny it is.

I started this site back in 2011. They copied me in 2015. It’s hard for them to deny this because the creation dates of the domains are something anyone can validate on their own. Here’s the worst part: they hid who they were on the registration of the one way to spell the site but forgot to hide it the other way. Guys…. come on. Ask your kids to help you.

It would have been somewhat flattering if people with actual talent, people who maybe invested a sincere effort into their site, were the ones to copy me. But these folks are painfully poor at connecting with audiences. Their attempts at making political “memes” only serve to make their opponents more popular. You almost have to wonder if the people they’re attempting to portray in a negative manner are the ones actually funding the site…. hmmmmmm……

I make memes. I love making them. I admit I can browse through my collection of triggering memes, most of them political, and laugh for hours. I crack myself up. But when I look at those folks’ memes, its so cringey. They’re so un-inspired. It’s as if someone really stupid with money to burn, money they probably inherited rather than earning themselves, is paying an “artist” to do them. So low-tier. Almost like a study in how low-tier you can go.

This isn’t how memes work. You can’t structure a meme around a weak or illogical argument. You can’t be uninspired. To make a meme you have to feel it in your core, to guffaw at the hypocrisy or weakness you’re portraying. The situation itself has to exist and be funny or unacceptable to the audience in order for the audience to “get it”. The meme only reminds people what they should have known already in the first place. Bottom line… the meme has to be sincere whether it’s sarcastic or literal. There’s no room for insincerity, no room for a weak argument that needs explanation within the 400 milliseconds you’ve got to connect with your audience. You have to be a good marketer, a good advertiser, to make a meme that works – but even more than that – you have to actually believe what you’re selling – you need to practice marketing sincerity.

I have no problems stealing their images off their site and serving them from this one. Maybe they’ll come after me for copyright violation. HA! They out-and-out stole the concept, the brand name, everything – except something you can’t steal or fake – the talent. I won’t say what they call this kind of contest out on the street, but believe me I’ve got more up in my nozzle than they do. BWHAHAHAHAHAHA.

Look at these lame memes. I’ll explain to you what they were trying to communicate with them: 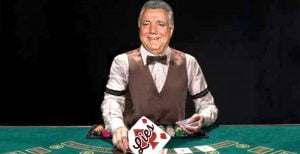 This one is super-funny – in that it’s so non-funny and lame. It shows a the local publisher of a website, Al Zucaro, dealing cards. One card says “Lies”. So the message was designed to say “Al Zucaro is dealing lies”. But that’s it. The illustration ends there. There’s no wit in it, nothing funny, just bad Photoshopping. It’s a lot of effort to end up in a messaging fail. That’s what makes it so delicious. It actually makes Mr. Zucaro, a brilliant and super-popular man around town, look cool and fun. The word “lies” is so small you have to really look hard at the meme for a second to understand the message. Here’s what’s worse: this is targeted at voters. It’s a political illustration. The word “lies” looks a little too much like the word “love” at a glance. Plus aren’t the suit of spades typically black? Hearts are red. Hearts are a suit. But they made a red spade for some weird reason – so it looks like a heart instead. Maybe they didn’t know how to make the font red? Combine a red spade with the word “lies” in cursive and 50% of the voters over the age of 50 will read “love” instead of “lies”. Al deals love. How sweet!

What’s really funny is that the owners of the site have a whackadoo theory about Mr. Zucaro, that he wants to start something they invented called a “Private Park” out of a tract of land everyone in town has been debating about. Some people want it to be a park, an extension of another existing park that you need to drive through to get to it. Other people, developers, wanted to have the city hand it over to them in order to build a PRIVATELY OWNED restaurant there. We’ve all heard of investors owning PRIVATE RESTAURANTS. Has anyone ever heard of a City buying land to turn into a PRIVATE PARK? It’s up there in the whackadoo theories like “UFOs are piloted by Bigfoots”. It’s obvious the owners of this plagaristic site, parasitizing of this site’s brand name, are getting either paid by the people who wanted to build the restaurant there or the authors are just trying to do some prospect butt-kissing. So the best they could possibly do is come up with this “private park” theory. If that’s true, that the same folks who funded this also are the ones with the plans for the restaurant then I doubt there will ever be a restaurant there. The folks with those plans probably couldn’t punch their way out of a paper bag. 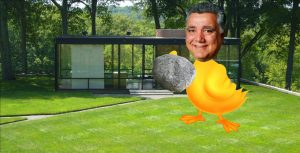 Here’s another really stupid attempt at making Mr. Zucaro look bad. They actually put his head on top of a cute duck. It makes him look cute and funny. Mr. Zucaro is a funny guy – someone who gets my jokes at least and I get his. And he is somewhat cuddly and loveable if you meet him, but why the hell would you make him look that way if your goal was to discredit him? Did Al make that duck picture and put his head on there himself? The picture is supposed to be him as a duck, holding a rock, about to throw the rock, but he shouldn’t, because that’s his glass house, and he’s a duck that lives in that glass house, and even if it would be cute if that little cute Zucaro-duck threw that cartoon pebble he shouldn’t because …. you know… people who live in glass houses shouldn’t throw stones……. but….. he’s not a person.. he’s a duck.. or duck-person. Or maybe it’s just a picture of a local Boca Raton kid’s Minecraft character. Who can tell? That’s what makes it deliciously cringey. You’re not really supposed to get it. Why? Because it’s not about you. It’s about the site’s authors, their weird little hangups and making the people who are paying them actually think they’re doing something. The best part about it is reading the story. How a duck has something to do with what they’re trying to say there is so unclear. So unclear it makes my head swim around like a duck. Maybe that was it. 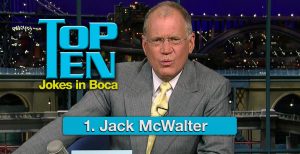 Here’s where it gets counter-productively stupid, like the people making these memes took PR classes from teachers trying to pull a joke on their students. Here’s a meme of David Letterman, someone who stopped being someone this author paid attention to decades ago. It reads: “Top Ten Jokes in Boca”. Then it names a gentleman, Jack McWalter by name. Doesn’t this make you want to Google who “Jack McWalter” is to see what’s so funny about him? The sad part about it is that Jack McWalter is actually a funny guy, witty and able to cover a wide range of topics. When you find out who he is you learn that your expectation for being amused by his will will be fulfilled! Both the breadth of his knowledge and wittiness are testaments to his high IQ. Plus he’s also someone who gets this author’s jokes, so he’s certifiably “COOL”. The only thing the authors of my copycat site are signaling is how jealous they are of Jack and how they wish they could come close to him in terms of producing content people like. 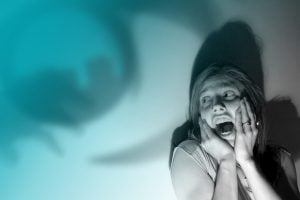 Some people say imitation is the sincerest form of flattery. When the flattery comes out so flat, is it supposed to feel good? Are my imitators out to mock me or Mr. Zucaro by doing what we do, but intentionally doing what we do as absolutely poorly as they can? Is it a compliment to us? I can’t tell. Maybe the ambiguity in it all is it’s one artful element.

In case you’re wondering why I slowed down on blog posts over here, I’ll tell you. I haven’t posted over here in a while because I’ve now joined forces with Mr. Zucaro. Our ethos and messages were aligned too much to compete with each other. And besides, I have to be honest, his team is incredible – more incredible than me. They’ve built an audience over there through the years that’s truly jaw-dropping. So now I’m Editor of BocaWatch.org, turning the machine over while Mr. Zucaro hits the streets, does the research and presses the flesh. I’ll still write stories over here, sometimes, but that’s where the audience is, and that’s where I’m focusing my efforts now.

These digital fumblers, these anti-effective political leeches, thought they could steal from me, criticize Mr. Zucaro, and somehow, someway (I can’t imagine how) it would somehow do anything more than make us both stronger and look better – without even requiring Mr. Zucaro or I to lift a finger ourselves. These old school political yesterbillys don’t get the new rules of media, the new digital rules of politics, and the new audience: YOU.

All I can say to copy cats is: keep it coming guys. Your “work” is doing our work for us. You might hate us and steal from us but in return we get so much love and you give us so much more. Is there a link where we can donate to you?