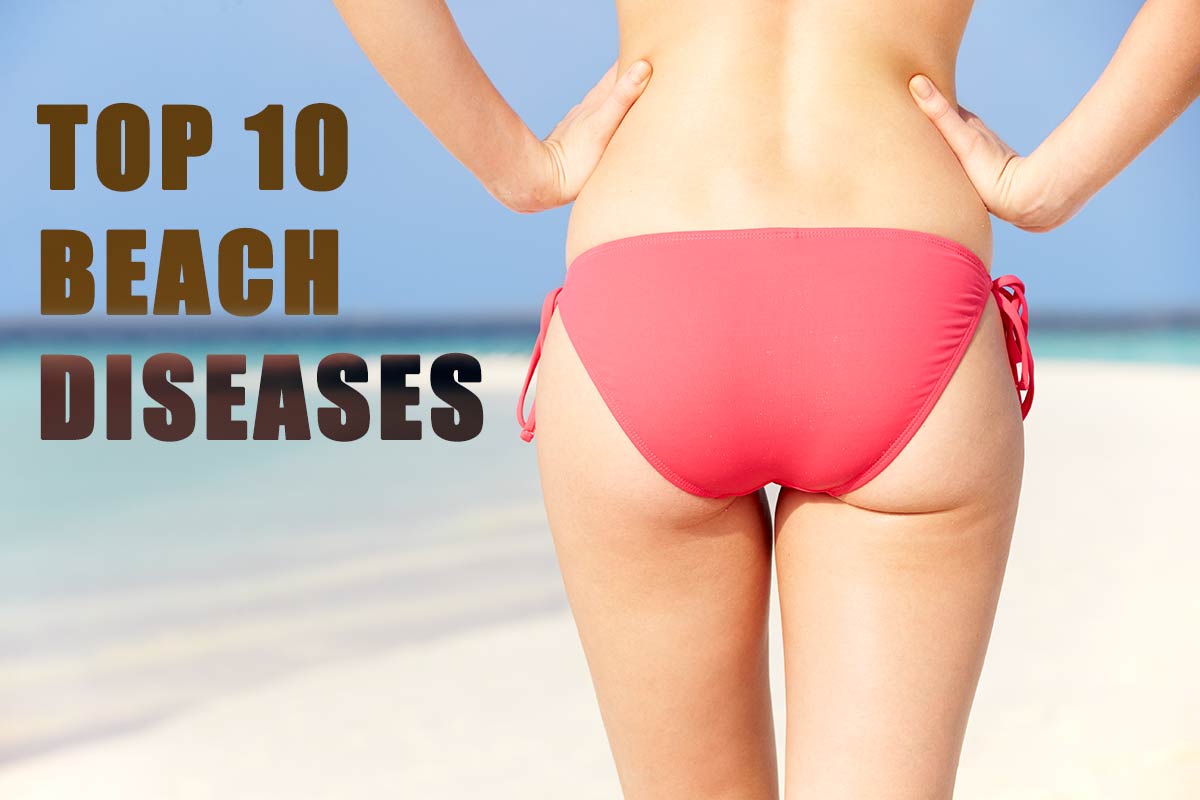 Why Staying Off the Beach is the Future of Public Health

Boca Raton was once known for it’s gorgeous beaches, blue water and fun times. But not any more. Now our awareness is maximally over-heightened about how dangerous disease can be at the beach. Let’s take a look at the Top Ten Beach Diseases that are ready to get you as soon as you go back to the beach.

#10 – Coronavirus – You’re probably more sick from hearing about coronavirus than sick from the virus itself. So coronavirus gets the worse position on this list, #10. Hopefully, getting it out of the way first will let us forget about it more quickly.

#9 – E. coli – The bacteria that’s in human poop can get you really sick. Boca is among the only municipalities that don’t pump treated wastewater off shore. Birds poop in the sand too and birds are pretty dirty. The beach is not poop-free. Plus we have a “dog beach”. The beach is poopyish.

#8 – Candida albicans – Yeast is a hearty microbe, able to live long times exposed to conditions that kill bacteria and viruses. Whether it’s in the sand, the seaweed or in that foamy stuff in the waves, you do not want to bring yeast home in your bathing suit.

#7 – Crabs – Crabs of all kinds live at the beach. You’re not likely to get the same kind of crabs you can get off a toilet seat at the beach from the sand, but to be safe you should hold it til you get home if the only choice is using the bathroom at the Pavil. They try their best to keep it clean but… Crab city bro. Locals know to steer clear. Just hold it.

#6 – MRSA – pronounced “mursa” is a strain of staphlococcus aureus that’s super-virulent. Staph is the bacteria that gives you pimples. MRSA makes these big boils that hurt really bad. It’s antibiotic resistant so you have to take these funky chems to put it down. Can you catch MRSA from the sand after someone has been lying in it who has MRSA? Most likely. Don’t risk it.

#4 – Flesh Eating Bacteria – Although there aren’t many cases of people getting infections with the various microbes that cause flesh eating type necrosis from salt water, it’s happened to immunocompromised people. It happens more often in Florida’s fresh water, in mud, but the bacteria counts in sand are pretty high too, not specifically for “flesh eating” strains, but for other pathogens that prefer anaerobic environments.

#3 – STDs – Being around attractive people in bathing suits is what the beach is all about. Boca’s beaches being places where people relax and get to know each other makes the perfect playground for sexually transmitted diseases. Plus our aging population were young and healthy when the sexual revolution occurred, but now those same habits have become a threat to the public health of younger people. This leads us to a whole separate conversation about things that deserve to be banned, a subject for another article.

#2 – Yaws – Yaws are a wicked kind of skin disease that we don’t have around here now, but the indigenous populations that were wiped out over and over before us by disasters suffered greatly from yaws. It’s nasty. Too nasty for me to describe in this article without totally grossing you out more than all the other diseases combined. Google it if you dare. If our economy collapsed and society along with it, the old diseases that once made Florida nearly impossible to live in, particularly on the coast, are likely to re-emerge.

#1 – Park Ranger Disease – Many different dermotological issues impact those who dwell the longest at the beach, lurking up and down the dunes waiting for you to something wrong: Park Rangers. Before the author of this article demanded khaki shorts be a choice in the Park Ranger uniforms in Boca Raton, the nightmare skin problems going on under the full-timers pants made it difficult for some rangers to leave their assigned motor vehicles and electric golf carts. Eating Dunkin Donuts and being in the blazing South Florida sun too long also makes your mind play tricks on you too. You get that 100 yard stare. You can never sleep again without one eye open. Always anxious, always waiting, waiting for them to come over the dune and park where they shouldn’t. Your eyes burn from that and from 8 hours of glaring at people menacingly.

Thankfully you can’t actually catch Park Ranger Disease from a Park Ranger – it’s not communicable. However, t’s a good reason why you don’t want to hang out at the beach more than you deserve. Without a protective Park Ranger uniform, that degree of exposure turns someone into what’s known as a full blown “beach person”, an even worse condition. Somehow lifeguards are immune. Science can’t explain that.

Diseases are just one of the threats at the beach. There’s relentlessly pushy raccoons, weirdos, local social media influencers, sharks and barracudas.

Instead of going to the beach why not play a video game that has a beach in it? A safe beach, not some place that will make you sick. A beach with nice people you find on the Internet instead. Stay home!