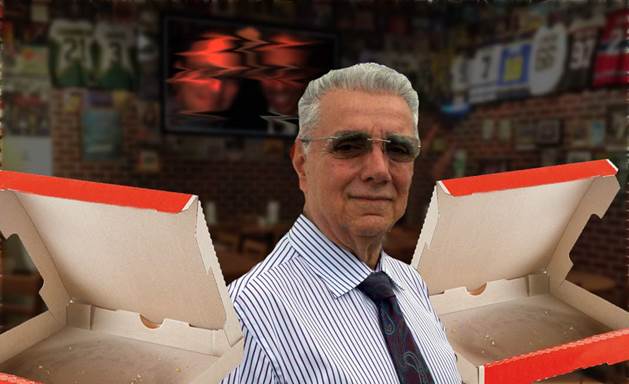 Once upon a time there was a Dad who wanted a slice of pizza. So he baked two pies. He knew his family and everyone else who showed up would eat most of it, but he didn’t care. That’s just the way it is when you’re the dad. Then when he was done cleaning up the kitchen he came out to get his slice. To his shock both pies were gone. Nobody thought to save him a slice, stick their head in the kitchen, ask if they could help. They all just ate as much as they could while they could. And the dad got none.

It’s one thing when you’re the dad and you want a slice. You accept you have to make two pies, that nobody else is going to cook them for you, and that you won’t get to eat much of it. That’s ok. It doesn’t bother you. You’re proud to provide.

It’s another thing when you go for your slice and it’s not there. Everyone has their backs turned on you eating their slices. That hurts.

And then when they’re done with their slice, then they look you in the eyes, seriously, and say you didn’t make enough.

They say they’re entitled to more pizza because they’ve been involved in this pizza thing for as long as they can remember – and nobody ever stopped them from having more.

They won’t even say thank you, acknowledge that there’d be no pizza without you.

The guests will all file out, shaking their heads, remembering the pizza, saying it’s a shame that it’s gone.

The ones who ate the most pizza, still as hungry as ever, will say they have the right to the kitchen, the flower, the tomatoes, the dough.

They won’t even try to make pizza on their own. They’ve got to have someone come along who can be the new pizza man. Or they just go.

I tell this story because people have been asking about Al Zucaro and BocaWatch. They’ve been asking me and asking questions on social media:

Where is he? What’s he been doing? What about this or that? What’s Al going to do about it?

I don’t know. I loved the way Al made pizza, but who am I to expect him to make more?