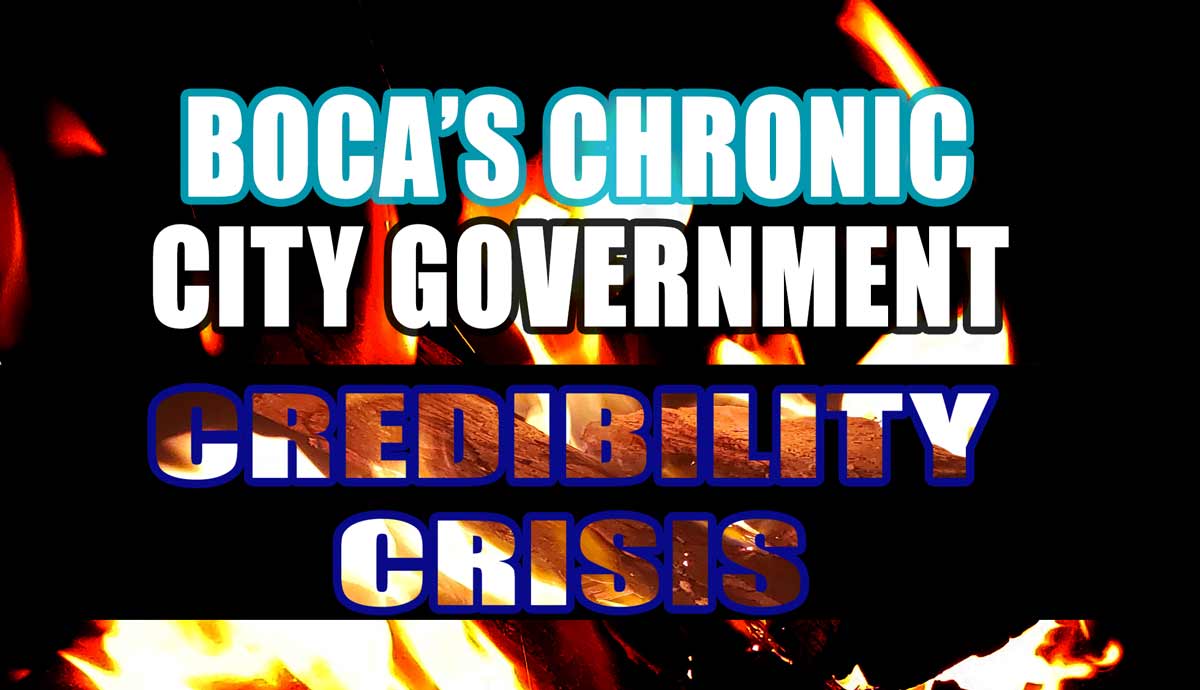 Where is the City Attorney, Diana Grubs Fraiser, when the City is facing some serious allegations of violating Florida’s Sunshine Laws? Why has the City announced they will not resume meetings in public when meetings in public are required by Florida’s Sunshine Laws. Governor DeSantis only extended his Executive Order through the end of October. In November the City was supposed to resume meetings as normal. However, that’s not what the City’s website is showing. 4boca is finding out….

Back in March of 2020 Governor DeSantis created Executive Order 20-69. This Emergency Management provision allowed local governments to conduct meetings virtually instead of having to follow Florida’s Sunshine Law. This Order has been amended several times, extending it in April, May, June, June again, July,  August, and finally on Sept. 30.   These Orders extended the period that allowed virtual meetings through November 1st, and no longer than that.

What this means is that Florida’s Sunshine Law is back in effect for all of Florida, as of yesterday. No member of the public can be excluded from public meetings any longer. Virtual Meetings were allowed, by these Executive Orders, but they did not provide for people who didn’t have computers, cellphones or similar means to participate. City meetings cannot be held “virtually” any longer, and must return to meeting in Council Chambers. This is to allow people who don’t have the technology hardware or acumen to connect virtually the ability to attend and participate once again.

So what’s the issue?

The issue is clear, from looking at the City’s website, that the City is not returning to in-public meetings. Virtual meetings are continuing “through November” according to the City’s website. In doing so, keeping meetings online rather than in person, the City is acting outside Florida Statues. In particular, the CRA meeting for November 9th is still scheduled to occur virtually. The City’s website shows the City Council Regular Meeting, scheduled for November 10th also will take place virtually, justified by Executive Order. This scheduled meeting is referencing the City’s Emergency Order 2020-02 as the justification for the meeting being virtual.

I’ve reached out to the City Attorney’s office, for interpretation of the Executive Orders and Statues, but have not gotten a reply back.

It’s clear that only the Governor, through Executive Order, has the right to suspend Florida statues. Local governments may adopt rules to comply, which the City has diligently done, but City officials cannot excuse themselves from Florida Statues. Even if the County continues to extend the “State of Local Emergency” this doesn’t excuse City Government from having to comply with Florida Statutes.

It should be noted that County Officials have not used the Local State of Emergency Declarations as justifications for having virtual meetings. They’ve been meeting in-person for months.

Council Chambers have been pretty “tight” for years now, and the City has expressed intention to resolve the lack of space with a new City Complex, still in it’s pre-planning phases. Elected Council Members sit in the Chairs raised above the audience, which is expected of them, but so does the City Attorney and City Manager. They could sit beneath political officials and our new Council Appointee, in the interest of social distancing, if that’s a concern. Meetings could also be conducted at the Annex on North Congress if needed. So lack of space should not be a prohibiting factor at all.

Why is this a concern?

There’s two reasons why virtual meetings are less than ideal:

First has to do with the public participation elements. The public should have unfettered access to these meetings. Some of the people most engaged in local politics barely can turn on a computer by themselves. Setting up a microphone and knowing how to participate in an online meeting is a high bar, a bar too high in this author’s opinion. Did elected officials receive a technology stipend, information technology assistance, and training from city employees on how to participate themselves in virtual meetings? That’s a good question. Is it a requirement of office to have that technology and training? That’s another good question.

Second, when Council Members are seated in front of the Public, we know there’s nobody off-camera telling them what to say or do, or ferrying messages in the shade between them. Residents want their officials back under the microscope, under the blazing heat of the Sunshine Laws.

This is a quote from a letter, sent from the elected Florida State Attorney General (Ashley Moody) published on the State Attorney’s Office website.

The nature, extent, and potential duration of the current emergency involving COVID-19 present unique circumstances. However, without legislative action, they do not change existing law. It is my opinion that, unless and until legislatively or judicially determined otherwise, if a quorum is required to conduct official business, local government bodies may only conduct meetings by teleconferencing or other technological means if either a statute permits a quorum to be present by means other than in-person, or the in-person requirement for constituting a quorum is lawfully suspended during the state of emergency.

It should be noted, that contrary to the “through November” qualifier there is a City Council Regular Meeting scheduled for November 24th in Council Chambers from 6pm until 8pm. There will be live streaming and broadcast on Comcast, Channel 20. It’s unclear whether residents will be able to participate “virtually” in the manner conducted in the last few months. Probably not.

How will be public be allowed in? Will seating be spaced out? Will it be back to normal, business as usual now that the election for President is over? We’ll have to see.