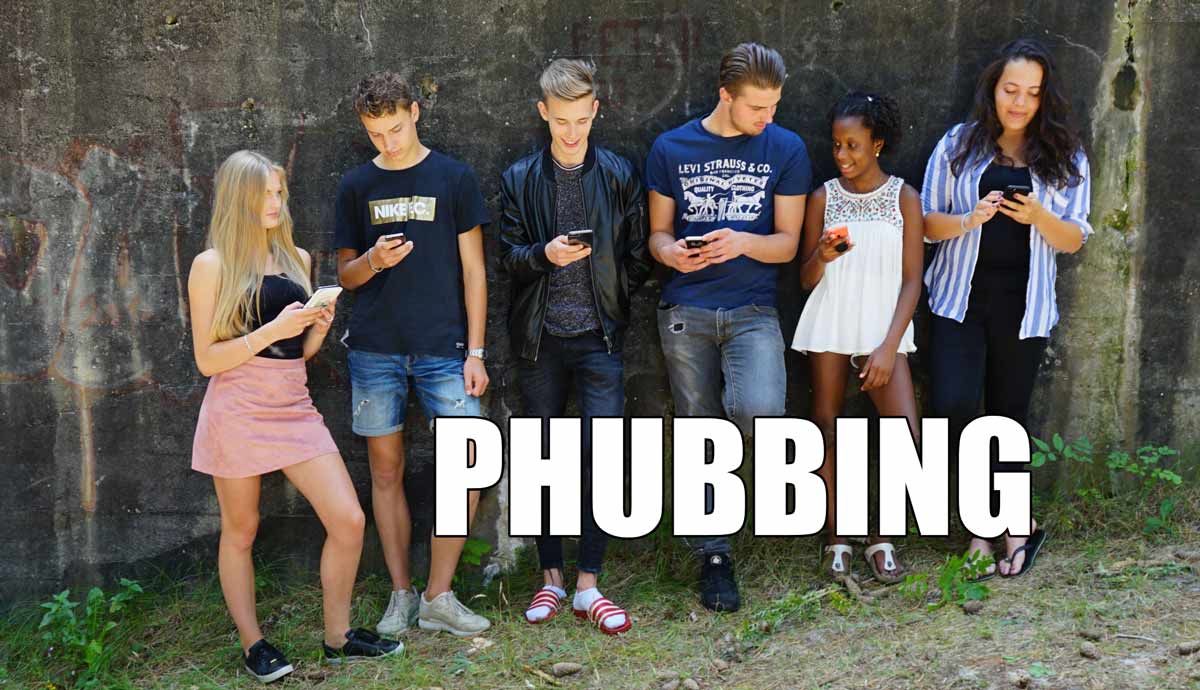 The scene is all too common. You are having dinner out and spot another couple being escorted to the table next to you. They are attractive and seem so focused on each other that it must be a first date. Only a waiter breaks the easy flow of conversation, for their eyes are almost locked with intensity.

Suddenly, the male half of the couple gets a call. Meanwhile, their carafe of wine is delivered and poured. You feel sympathy as the woman’s eyes gradually glaze over as she scans the room for any distraction. Sensing her discomfort, you notice the call takes fifteen minutes. What would you do in her place? Did she bring her own car to be capable of leaving? Would she tough it out and hope for an apology? Is this a normal practice for her date?

Changing venues, at the local gym you wait for a machine then notice someone is merely occupying the seat while only perusing their cell phone. Sometimes if you make your presence known they actually thank you for getting them back to the present. In fact, the entire row of machines may have “exercisers” obsessed with their cell screens. Stopping at Walgreens on the way home, even the cashier is chatting on the phone while taking your money. Do you feel valued as a customer? Later, during a stroll through a shopping mall you observe friends walking together while each reading their own cell texts.

Obviously, we all have a different “cell phone etiquette”. What one person considers rude may be standard behavior for another.

Personally, I have a variety of “cell- free experiences” for which I place the here and now, safety, or courtesy before calls, messages, and e mails. For example, on a relaxing hour-long walk outdoors, I prefer the sights and sounds of nature to a phone ring. Likewise, the phone remains in a locker at my gym. A recent report found that gym-goers lose up to forty percent of their workout taking calls. Even if they finish during the allotted time, balance, coordination, and effort expended suffer. Moreover, for some reason those calls seem overly loud to others enjoying their work outs. Besides, only non- cell users can make new acquaintances in any venue, so virtual communications, be they through smart watch, Bluetooth, I- Pod, or cell phone, make social interactions that include eye contact and real speech, impossible.

Last week I invited someone over to watch our favorite team in a playoff game, When I realized a couple of my comments were unanswered, I was startled to see that he was receiving messages on his Apple watch and cell phone while also wearing a Bluetooth. I made a mental note to address the issue before we got together again. Watching the team alone may have been more fulfilling. My guest was so busy checking his messages that he forgot about the only live person there; ME!

As emphasized in a new book, “The Myth of Multitasking,” a relationship was being sacrificed due to a preoccupation with electronic messages and no “anchor task” or main priority. Partners, children, and friends may fall by the wayside. In fact, the practice of ignoring people for phones has become so widespread that there is a new word for “phone snubbing”, which has been shortened to “phubbing.” While the word “multitasking” is relatively new and sounds efficient, most of us can still only master on one task at a time.with any quality result. When we switch from one task to another, or do two simultaneously, studies show we actually lose time.

Isn’t it coincidental that since the proliferation of cell phones everyone has so many more “emergencies?” Any family member, even one that calls four times a day, is now crucial. People can even answer these calls during a movie, ignoring the annoyance to others concentrating on the big screen.

We have all been victims of “phubbing” to different degrees. Which of these situations bother you the most?

Finally, rate yourself as a polite cell phone user. When do you ignore live people around you for devices?

If you have a particular telephone etiquette that works, can you summarize it and email it to this address?