First, I’d like to announce that on Tuesday, May 23rd, the Boca Raton City Council unanimously voted to pass the Mayor’s Climate Pledge Resolution. This means Boca Raton has officially joined the Southeast Florida Climate Change Compact (www.southeastfloridaclimatecompact.org).  Thank you to every city council member for their vote and their commitment to ensuring a resilient future for our city, its residents and businesses.

It is so important for our city leaders to understand the effects climate change will have on our city and our neighboring cities. This way they can plan for the future by implementing those measures from the Regional Climate Action Plan necessary to protect our homes, businesses, fresh water supply, and our tourism industry. 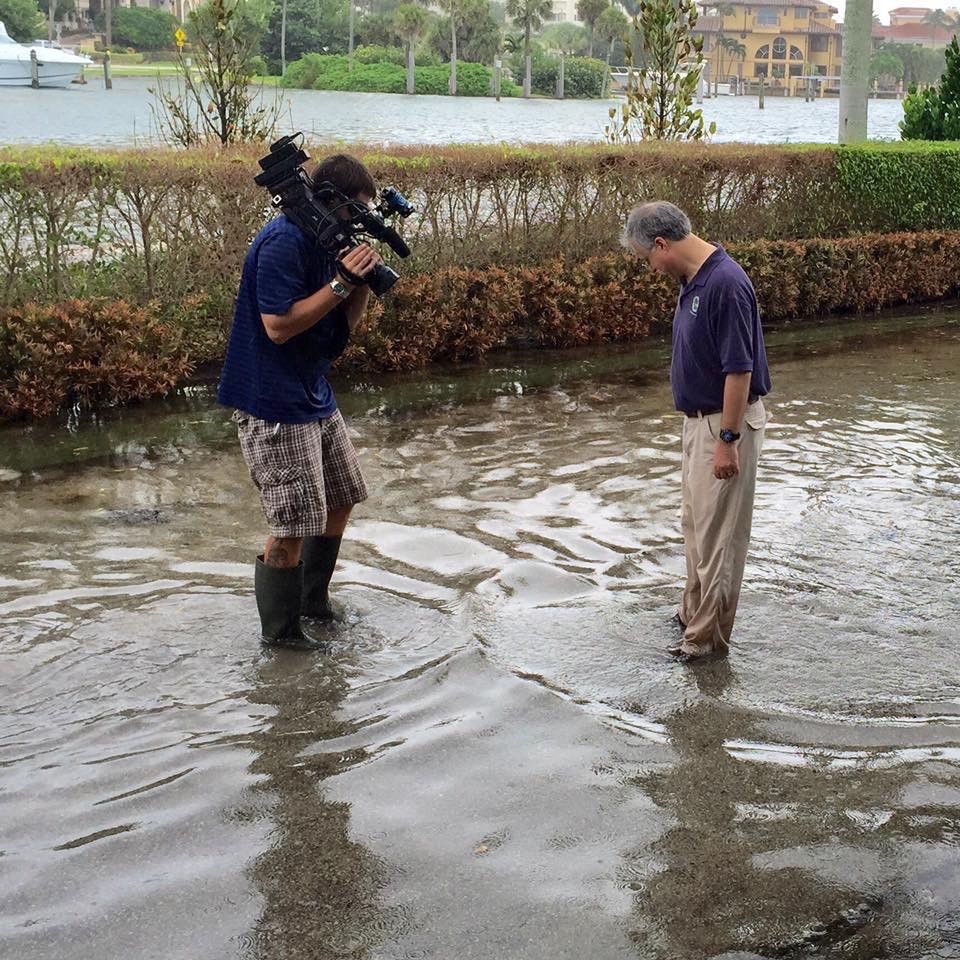 The leading climate change threat to our livelihoods and lifestyle in South Florida is Sea Level Rise (SLR). SLR is not just a coastal issue as one might think.  The ground beneath our feet is made of porous limestone.  It is like a sponge, soaking up water from wherever it comes from. This is why you will see flooding during high tides in inland areas in addition to coastal areas.

As the seas rise, another issue is the contamination of our freshwater supply. Because salt water has a higher mineral content than freshwater, it is denser and has a higher water pressure. As a result, saltwater can push inland into the freshwater. This is called saltwater intrusion.

The most obvious and noticeable problem with SLR is the King Tide that occurs during the year.  NOAA defines king tides as “a non-scientific term people often use to describe exceptionally high tides.”  In South Florida, the king tide is at its highest in the fall when the moon is closest to the earth and the tides are the highest.  The gravitational pull from the moon is very strong causing the extreme high tide.  Historically, king tides were not as noticeable because they didn’t cause a drastic change in the high tides.  But, as the seas continue to rise due to the melting of land-based glaciers in the Arctic and Antarctic, extreme king tides are now causing flooding both on the coast and in inland areas around South Florida (because of the previously explained porous limestone). The phenomenon of flooding from the king tide is also sometimes referred to as “sunny day flooding” – that is, flooding on a sunny day without a drop of rain.

The pictures in this article depict County Commissioner Steve Abrams, a Boca Raton resident and former mayor of Boca Raton, being interviewed by a local news organization while they stand in the king tide/sunny day flooding on the barrier island within the Boca Raton city limits in the Fall of 2016. (Photo credit: Katie Barr) 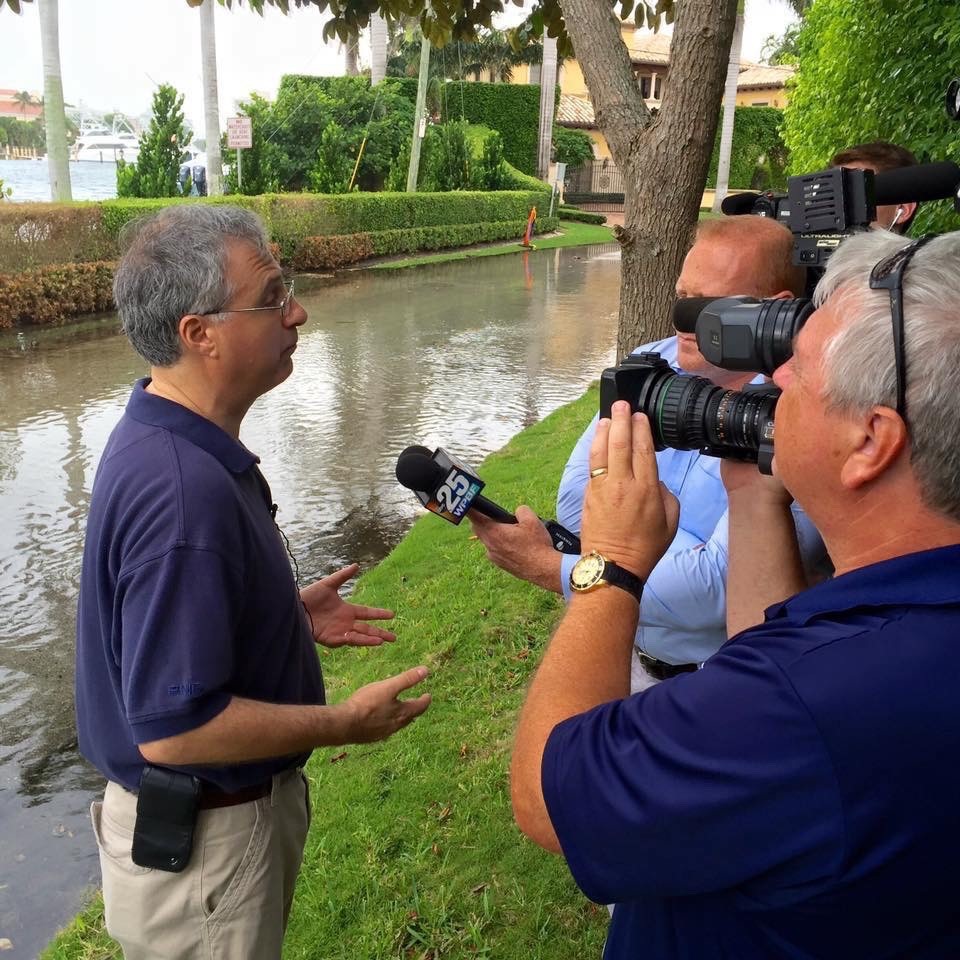 This flooding not only causes damage to homes, businesses and landscapes, but it makes it nearly impossible for vehicles, especially emergency vehicles and police, to travel along these roads. To relieve the barrier island flooding, it may be necessary during these peak king tides to use pumps to remove the floodwaters from the streets.

Boca Raton has a tiny advantage over our more southern municipalities in that we have a little bit more time to put a plan in place to adapt to and mitigate the coming changes. But, we must start NOW. It is important to ensure that our development projects take climate change into consideration, i.e. requiring developers to build LEED certified buildings, and retrofitting existing buildings. If we plan accordingly, as Floridians from Monroe, Miami-Dade and Broward migrate north as their neighborhoods experience more devastating flooding, municipalities in Palm Beach County should be able to accept them with open arms by providing resilient neighborhoods for them to live.

Our city has taken the first step by joining the Southeast Florida Regional Climate Change Compact.  Now, we need to get to work to develop a resiliency plan that protects all of us from rising seas and excessive heat by committing to lowering greenhouse gas emissions, conserving electricity and water, encouraging residents and businesses to recycle, replacing older fleet vehicles with hybrid models, and educating residents and businesses as to what they can do to reduce their impacts on the environment.