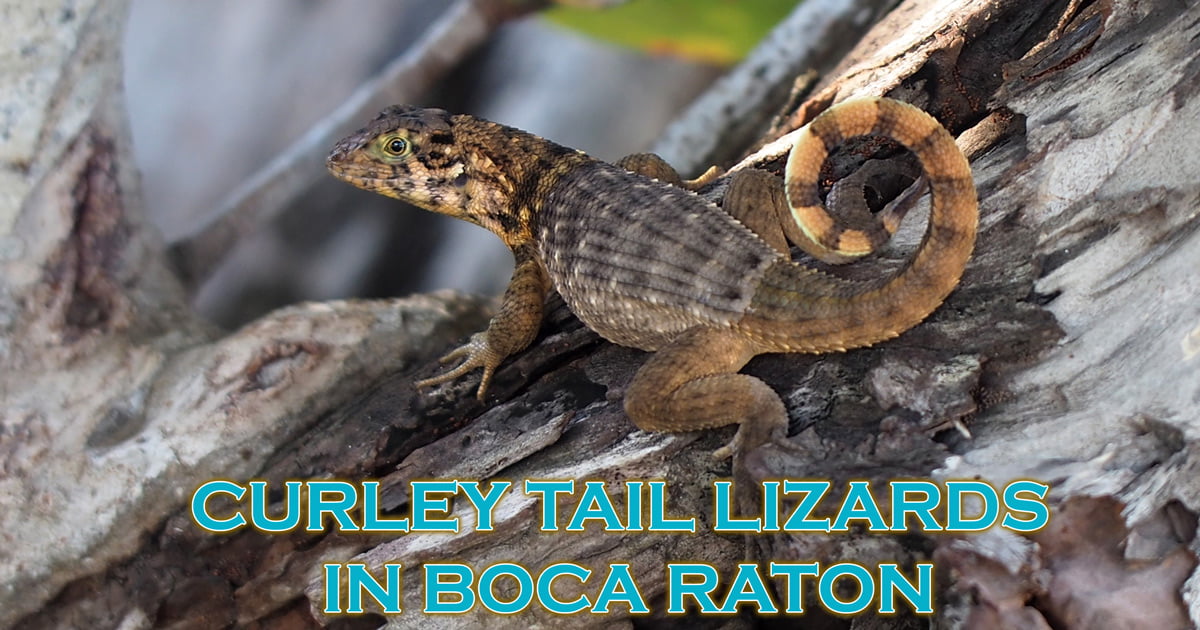 Have you seen these little guys, running all over Boca Raton Now: Curley Tail Lizards. Their little curley tails might be cute, but they’re not a native species. This means they’re competing with and eating the animals that actually belong here. Should you do something about them?

The Florida Fish and Wildlife Conservation Commission describes the increase in their numbers as increasing as part of a statewide trend. They were first found in Florida in 1935 and were confided to Dade County. They started expanding rapidly to the degree where people noticed in the 1990s, increasing their population county by county. They were intentionally released in the 40s in Palm Beach County to control sugar cane pests, but their expansion eastward wasn’t as rapid in Boca Raton. Instead they started in the east part of Boca, growing their numbers in the early 2000s and finally showing up west of I-95 after 2010.

Some people think Curley Tailed Lizards are cute. They’re only about three or four inches long. If you stretched one’s tail out it would probably be around six or seven inches long, but they curl their tail into a little spiral, held high over their butts. They run close to the ground, popping out from under a bush to hold their ground, but with less stubborn courage than our native Anoles. Some people have trained them to beg for food. They’ll eat any little scrap of meat – even a tiny piece of cooked hamburger or a corner of a cold cut. They’re the lizard kingdom’s version of squirrels, regulars at lunchtime picnic tables.

Non-native species are unwelcome. Even though they might be cute or interesting, here’s more good arguments for why they’re unwelcome than welcome.
They displace our native anoles. That alone is bad enough, but they also eat other smaller animals, being that they’re carnivorous and somewhat aggressive relative to the anoles. They eat spiders, little crabs, and other small creatures that are part of the normal Florida ecology.

Boca Raton residents have tried to get rid of them.

If you are trying to get rid of them there’s some you might want to do, and some things you should avoid. Some people recommend using mothballs outdoors to repel lizards from their property. However, this is a poor idea because mothballs contain toxins that can leach into the water table, a consideration Florida residents shouldn’t ignore. Our water table is very high – you don’t have to dig deep to hit water. This means toxins don’t get filtered out or broken down like in other places. What gets put on the surface of the soil quickly makes it into the water table.

An alternative to using mothballs is to use a cheaper and non-toxic solution: using egg shells. Lizards will smell eggshells. It makes them think there’s a larger lizardish creature that’s in the area. A chicken is a pretty scary thing to a lizard. All you need to do is crush up the egg shells without washing them off. Then sprinkle them where ever you don’t want to see lizards.

Curley Tail Lizards are not poisonous like the Bufo Toad is, so if your cat or dog catches and eats one it’s not worth worrying about.

Do you know more about Curley Tailed Lizards? Share what you know for Boca.